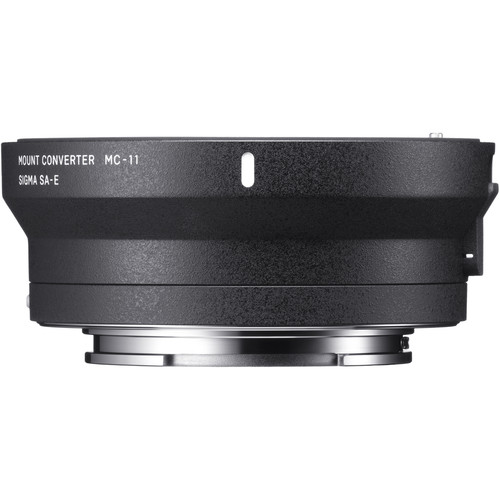 Sigma released a new firmware update version 1.01 for the MC-11 Mount Converter/Lens Adapter. You can download it at Sigma Global official site here. The Sigma MC-11 adapter is designed for Sony E-mount (full frame and APS-C) cameras. With the new MC-11, Sony camera users will be able to utilize 19 Global Vision lenses in Sigma Canon Mount (EOS) and Sigma Mount (SA). PS: The new Sigma MC-11 Mount Converter will be released on May 17 2016 for $249.

Below are the firmware improvements:

It has improved the following phenomenon that occurs when lenses that are not compatible with the MC-11 are attached and no light is emitted on the MC-11’s LED lamp.

※ Improvements may not be visible with some products.
※ The phenomenon that the diaphragm closes when the camera’s power is turned off is due to the characteristic of the camera and is considered to specification.