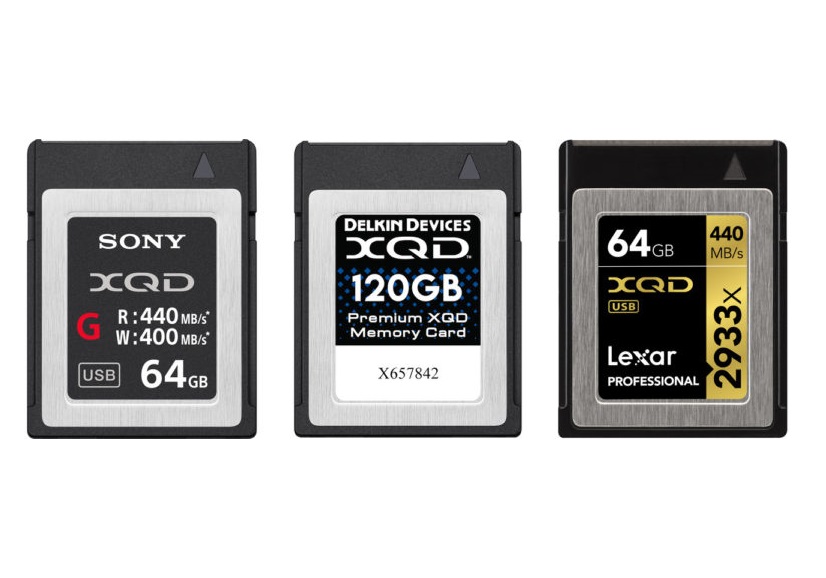 With its speed up to 400MB/s, the XQD cards are one of the fastest memory cards on the market. And the XQD cards are proven to be robust, durable and reliable and they are ideal for sports, wildlife and action photographers, as well as videographers. Currently, there are only a handful of cameras that accept XQD memory cards, including Nikon D6, D5, D4S, D850, D500 DSLR cameras, and Nikon Z9, Z7 II & Z6 II, Z7 & Z6, Panasonic S1 & S1R mirrorless cameras and some professional Sony camcorders like Sony FX9 and Sony FS7.

But when it comes to XQD cards, the choices are very limited. Sony has pioneered the XQD format, and produces the best cards at the moment. Offering up to 440 MB/s read speeds and up to 400 MB/s write speeds, the Sony G Series XQD cards are the best choice and the most favorite among professional photographers, allowing it to record 4K video and up to 200 continuous raw still image bursts. The affordable Lexar 2933x XQD 2.0 memory cards are also amazing, but they are now discontinued, and it is hard to find it in stock anywhere. Sony M Series XQD cards are also discontinued. Another choice is Delkin Devices Premium XQD cards (discontinued), and Nikon released their own XQD cards. 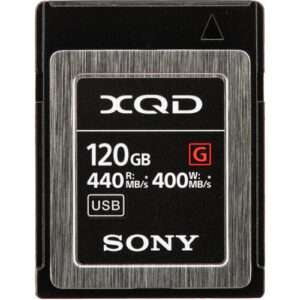 The Sony G Series XQD Card is the ultimate choice of professional photographers and videographers, boasting remarkable read and write speeds of up to 440 MB/s and 400 MB/s respectively for stunning 4K video recording and up to 200 raw still image bursts. Offered in 32GB, 64GB, 120GB and 240GB capacities and bundled with free file rescue software, these shockproof, magnet proof, anti-static and breakage-resistant cards are even able to withstand intense UV light exposures and drops from up to 16.4′ as well as up to 50 N of force. Highly recommended! 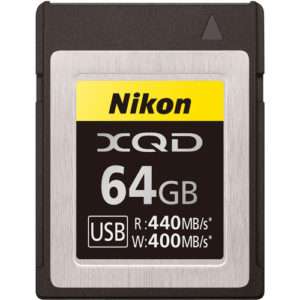 Nikon’s XQD card, available in only 64GB capacity, is a powerhouse that can handle the most intensive tasks with its read speeds of up to 440 MB/s and write speeds of up to 400 MB/s. Not only is it capable of recording 4K video and continuous raw still image bursts, but it also features a strong shell strength for use in demanding conditions, and is designed to withstand extreme temperatures ranging from -13 to 149°F. It’s also protected from dust, damage, and electrostatic shock thanks to the recessed contact pins. 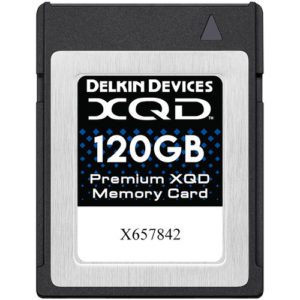 Discontinued. Equipped with a PCIe 2.0 interface, XQD Format Version 2 compliance, and EB Stream functionality, this Delkin Devices Premium XQD Card features read speeds of up to 440 MB/s and write speeds of up to 400 MB/s, allowing it to record DCI 4K (4096 x 2160) and Full HD (1920 x 1080) video at up to 180 fps, and up to 200 continuous raw still image bursts. As an added bonus, every XQD card is backed by Delkin Devices’ 48HR Replacement Guarantee policy for the ultimate coverage. 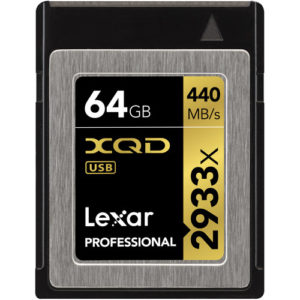 Discontinued. With read speeds of up to 440 MB/s and write speeds of up to 400 MB/s, the Lexar 2933x XQD 2.0 Cards allow you to capture stunning, high-quality images and 4K video. They are the best selling and more affordable XQD cards, but sadly, they are discontinued.