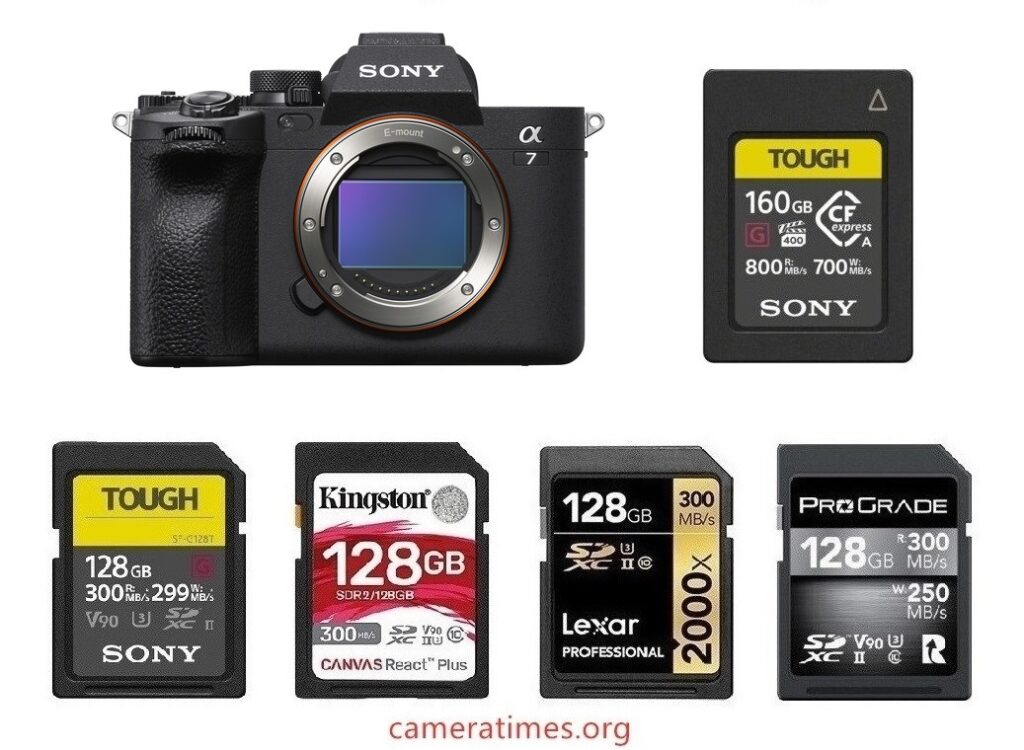 The Sony a7 IV has dual memory card slots: The card slot 1 supports both the fast CFexpress Type A cards and the UHS-II SD cards while the card slot 2 is only compatible with UHS-II SD cards. In addition, the Sony a7 IV features many of Sony’s most advanced imaging technologies, including the latest BIONZ XR processing engine and advanced AF (autofocus) capabilities from the flagship Sony a1 combined with streamlined operability and enhanced reliability for photos and movies, making it the perfect all-around camera for today’s imaging enthusiasts and professionals. So, with advanced AI-based autofocus, evolved movie technologies and greater streaming and sharing functionality, the Sony a7 IV is a well-rounded camera suitable for all kinds of photography.

Best CFexpress Cards (Type A) for Sony a7 IV

The Sony a7 IV card slot 1 supports both the fast CFexpress Type A cards and the UHS-II SD cards.

Right now, there are only 6 CFexpress Type A cards up for grabs. To get the best bang for your buck, look out for the one currently on special!

The Kingston Canvas React Plus can perform just as well as the Sony SF-G Tough cards but for almost 40% cheaper and it comes in 256GB size. Another wallet-friendly option is the PNY X-PRO 90 UHS-II SD Card (V90), with remarkable performance at a great price.

The Sony SF-G Tough Series UHS-II SD card is currently the world’s fastest and most expensive SD card on the market and the top choice for you. Offering maximum read speeds of up to 300 MB/s and maximum write speeds of up to 299 MB/s, the Sony SF-G Tough UHS-II SD Card is well-suited for video capture, including 8K, 4K XAVC S, 60p AVCHD, 3D, HFR, and Full HD video, as well as super fast continuous shooting. In addition, thanks to its V90 speed class rating, minimum write speeds are guaranteed not to drop below 90 MB/s.

If you need some budget choice, you can also consider the Sony SF-M Tough UHS-II SD Card (V60) and the ProGrade Digital UHS-II SD Card (V60). Below are the top recommended UHS-II SD cards for Sony a7 IV mirrorless camera based on the speed and price, just get the one you like!