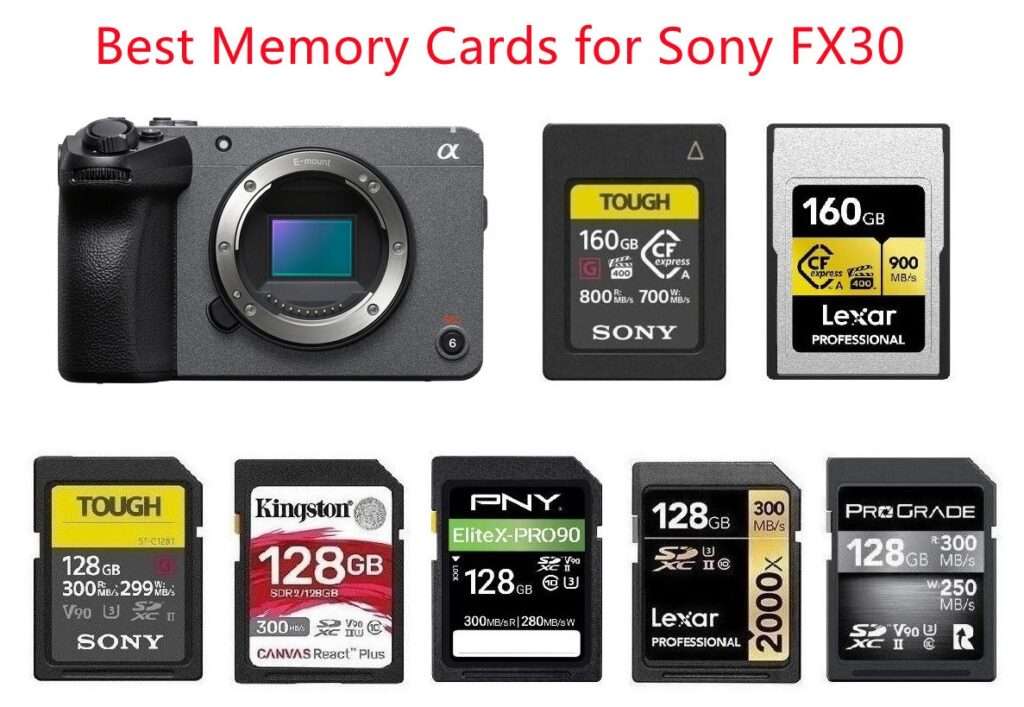 The Sony FX30 has dual memory card slots that both support CFexpress Type A cards and UHS-II SD cards, just like the Sony a7R V. CFexpress Type A has ultra-fast speeds that can be used for the FX30’s most advanced recording functions while SD cards are often more common and still have great speed and high capacities.

To get the most out of your Sony FX30 camera, you’ll need a couple of memory card with lightning-fast read and write speeds. Here we’ve compiled the full list of the best CFexpress Type A cards and SD cards for the Sony FX30 cinema camera, ranking them on speed, reliability, and price.

The TSony FX30 are equipped with two memory card slots that are compatible with both CFexpress Type A cards and SDXC/SDHC cards, bringing wide range of shooting experiences to filmmakers.

There are just five CFexpress Type A cards available for purchase on the market at the moment. To save money, go with whatever card is currently on sale.

The two card slots in the Sony FX30 are compatible with the fast and commonly used UHS-II SD cards. If you don’t often shoot in continuous bursts, you should save your money and get one of the faster SD cards. The Kingston Canvas React Plus cards provide almost same performance as Sony SF-G Tough cards at a 40% discount and are also available in a 256GB capacity. The new PNY X-PRO 90 UHS-II SD Card (V90) is yet another reasonably priced UHS-II SD card with excellent performance.

If you don’t already have a CFexpress Type-A or UHS-II SD card reader, here are some options to consider.

All of the suggestions have been made. My sincere wish is that this buyer’s guide will be useful in assisting you in making an informed decision when purchasing the memory cards for Sony FX30 cinema camera.

If you haven’t already purchased a Sony FX30, now would be the time to get it at Amazon, B&H, or Adorama given how quickly they are moving off the shelves at major US retailers.