The RX100 IV continues the line’s tradition of packing as much image and video quality into as small a package as possible. The RX100 IV is also an incredibly responsive camera; fast and ready to churn out high quality images and video with tools designed to help you achieve your vision. The new stacked sensor in the RX100 IV allows for a number of benefits: it supports the ability to read out the image sensor faster, which itself enables faster shooting modes with AF due to the fully electronic (silent) shutter. Faster readout and buffering also enables 4K video, high frame rate movies, and generally more advanced AF. An impressive, bright lens and an upgraded EVF round-out the package and make this the most capable camera of its kind. 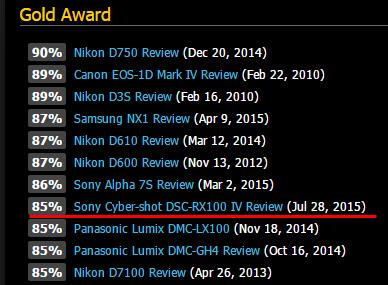