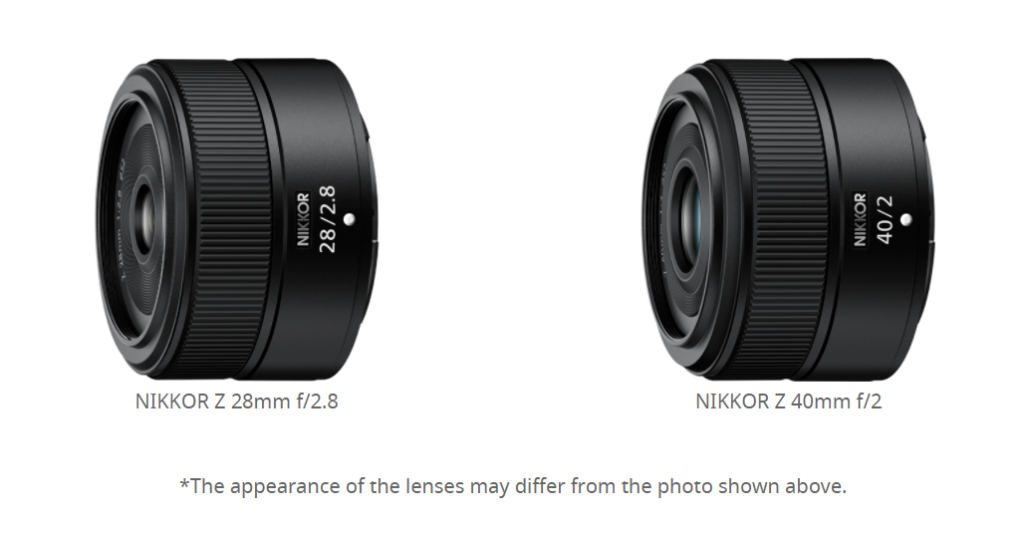 We already reported that the new Nikon Zfc “retro-inspired” APS-C format mirrorless camera will be announced on June 28, 2021. Now is seems that Nikon may also announce the NIKKOR Z 28mm f/2.8 and NIKKOR Z 40mm f/2 pancake lenses along with the Nikon Zfc on June 28th.

On June 2 Nikon officially announced the development of the NIKKOR Z 28mm f/2.8 and NIKKOR Z 40mm f/2 lenses. These lenses are scheduled for release within 2021. So I thought it would take a long time, but if it was announced on June 28th, it would be unexpectedly early.

Both the two new pancake lenses are expected to be quite cheap, probably in the $200- $300 range, so they may help popularize the Z-mount system.

Here are what we know so far about this Nikon Zfc “retro-inspired” APS-C format mirrorless camera:

The Nikon Z6 II and Nikon Z7 II mirrorless cameras are now selling like hot cakes. Order now if you are interested: