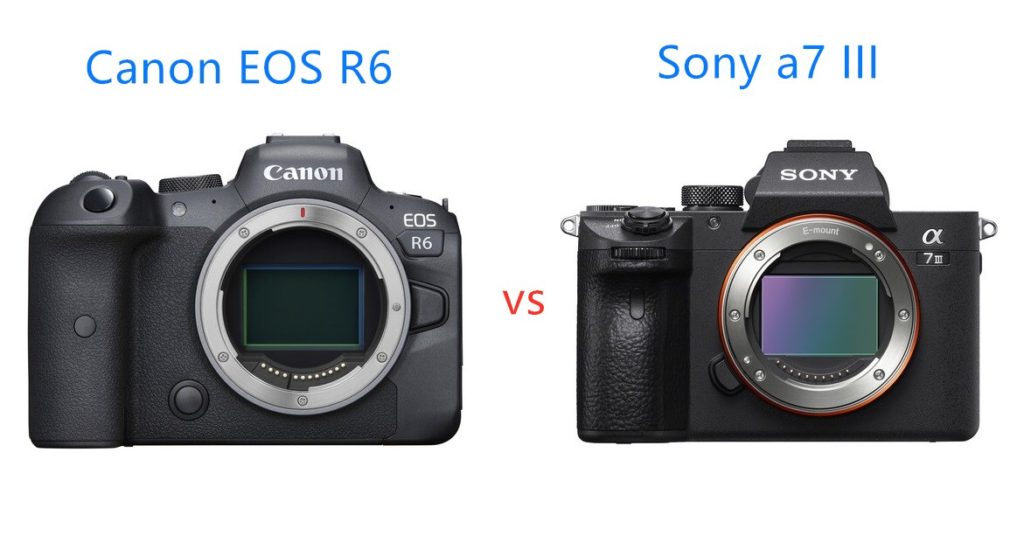 Mathieu Gasquet has finished a very exhaustive Canon EOS R6 vs Sony a7 III review. The full comparison review comes as two parts: the first part is all about the photography while the secone part is all about video. Mathieu Gasquet has talked about the top 10 main differences between the Canon EOS R6 and the Sony a7 III, including sensor and image quality, autofocus, continuous shooting speed, image stabilisation, video, design, viewfinder and LCD, Battery life, Lenses and price.

The autofocus system and burst speeds are impressive, and Canon has out-classed Sony in its own territory with features like Animal Detection. The image quality is on par, if not slightly better, albeit with 20% less resolution. The image stabilisation is also superior (although not as much as the official specifications suggest) and I personally prefer the ergonomics, button layout and dials response on the EOS body.

As nice as the R6 sounds, there are some strong points in favour of the A7 III to keep in mind. It may not have 4K/60p or 10-bit internal recording for video, but it doesn’t suffer from overheating as severely as the Canon. There is a plethora of native lenses to choose between for the E-mount system, not just from Sony but also third-party brands, and that also means a better choice of affordable glass. Last but not least, the Sony is less expensive.

And here are the two video reviews of Canon EOS R6 vs Sony a7 III. Enjoy!

Designed for both photographers and video content creators, the Canon EOS R6 mirrorless camera is perfect for photographing high-speed action sports as well as filming 4K cinematic video with ease, and it is a direct competitor for the Sony a7 III, Nikon Z6 II and Panasonic S5 in the prosumer segment. Order now if you are interested.

You can also read the full review at MirrorlessComparison.