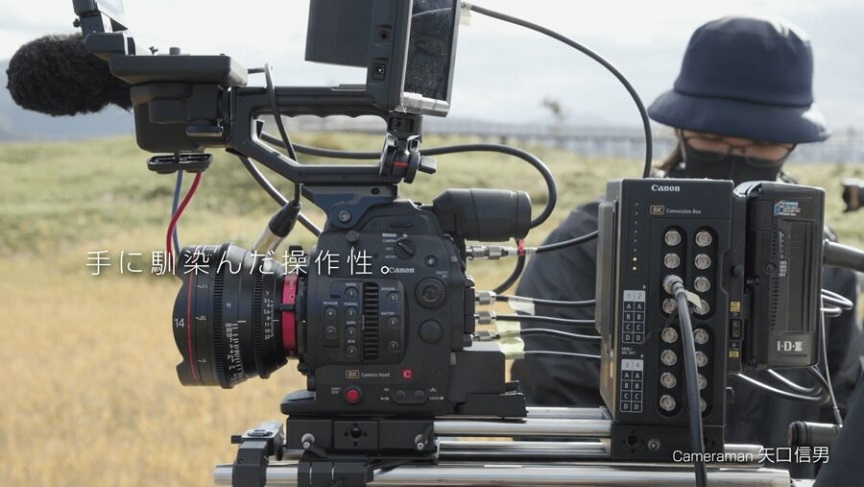 Canon Japan has released a teaser for an 8K EOS Cinema camera, which is expected to be announced in 2021 along with another 8K Cinema EOS camera.

As stated by Canon:

“As a leading company in imaging technology, Canon is working to develop 8K solutions in anticipation of further advances in image expression. A compact, lightweight 8K camera that can be used in a variety of shooting styles. EF Cinema Lenses boasts an extensive lineup of wide-angle and telephoto lenses. 8K display with high brightness, high contrast, and high color gamut. The blending of four real 4K projectors enables a large screen projection of real 8K images. From input to output, the Canon 8K solution provides an unparalleled viewing experience”.

That statement means that Canon puts all its chips in the 8K world. Canon did show off a modular 8K Cinema EOS camera, as well as an 8K conversion box. And Canon has decided to go on a modular, lightweight, and compact design. Hope we can see the Canon EOS 8K Cinema Camera in the near future.

The new Canon EOS R5 is capable of 8K30p Raw and 4K120p video recording, and it is selling like hot cakes. So order now to get it ASAP if you are interested.