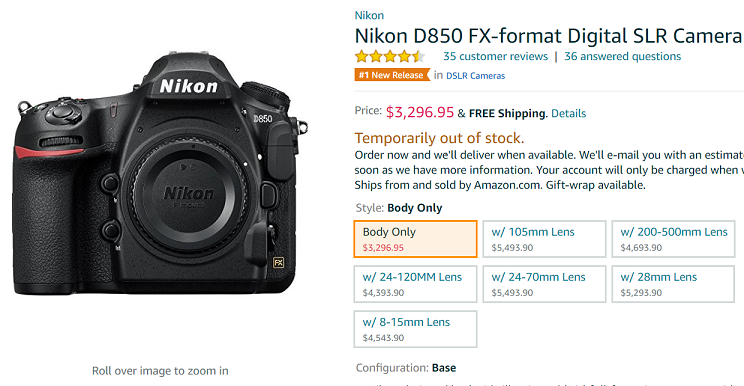 Amazon now updates the Nikon D850 in stock status, listing the Nikon D850 as “Temporarily out of stock” instead of the previous “Shipping in 2-4 months“. I believe most Nikon D850 pre-orders (at Amazon) will be fulfilled before black friday & cyber monday 2017.

In addition, NikonRumors reported that a large shipment of Nikon D850 cameras is hitting US stores this week. So, if you love the Nikon D850 very much but haven’t pre-ordered yet, order immediately at Amazon and I believe you will receive your shipment in less than 30 days.

You can also check the Nikon D850 in Stock Tracker.