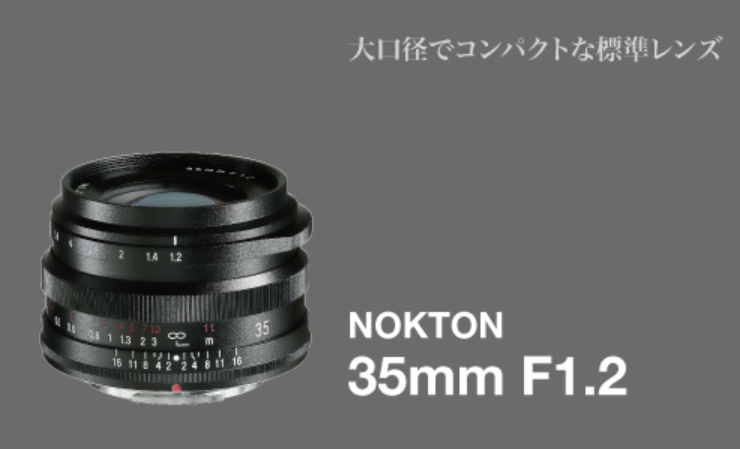 The new Voigtlander Nokton 35mm f/1.2 Aspherical Lens for Fujifilm X mount is now officially announced. The Japanese suggested retail price is ￥78,000 (excluding tax). The US pricing has not announced yet, and it will be released in August 2021.

The NOKTON 35mm F1.2 X mount is a large aperture standard lens designed exclusively for the Fujifilm X mount. The lens configuration uses a traditional double-Gauss type. A large aperture of F1.2 is realized in the style of “8-element” in which all lenses arranged almost symmetrically around the aperture position are composed of spherical surfaces. Despite its compact size, it has stable descriptive power even when the aperture is wide open, allowing you to enjoy smooth and large bokeh.

Features
■ Designed exclusively for Fujifilm X mounts
An optical system optimized for the image sensor of the Fujifilm X system camera is mounted. High resolution is maintained up to the periphery of the image without depending on the optical correction function of the camera, and phenomena such as color cast are suppressed.

■ Manual focus that enables reliable focusing
By adopting an all-metal helicoid unit that has been processed and adjusted with high precision and high-quality grease that produces an appropriate torque, focusing with a smooth operation feeling is realized. Allows for delicate focus adjustment.

■ Beautiful bokeh with 12 diaphragm blades
A 12-blade diaphragm is used to make the holes formed by the diaphragm blades closer to a circle. The out-of-focus part is a natural depiction, and the point light source etc. is not a polygon but a round and soft bokeh.

■ Aperture ring for mechanical direct connection The aperture ring
uses a mechanism in which the aperture ring is directly connected to the opening and closing of the aperture blades, similar to the Voigtlander VM mount and mirrorless mount lenses. With a 1/3 step click, you can enjoy the feeling of operating the mechanism directly. 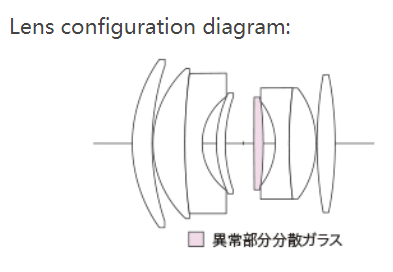 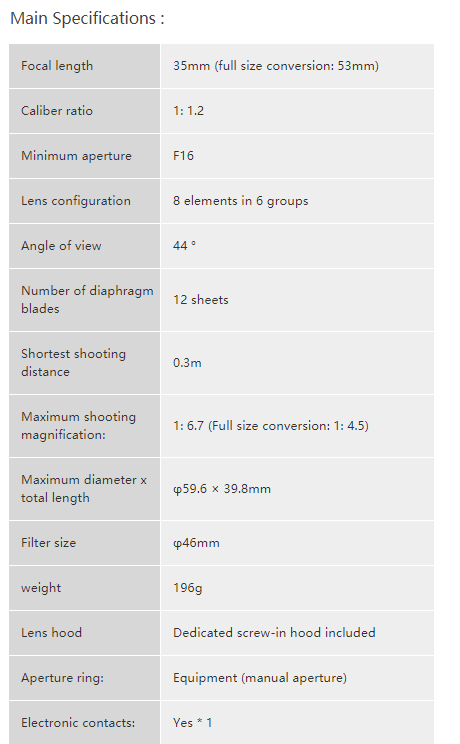 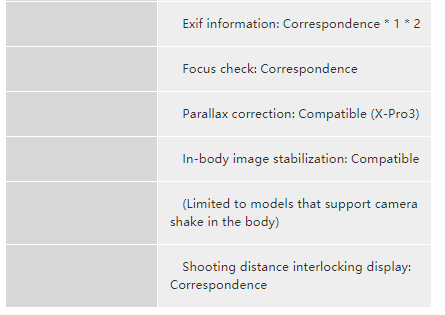