The new Panasonic Lumix DMC-FZ300 camera has been officially announced along with the new Panasonic Lumix DMC-GX8 micro four thirds mirrorless camera. Blending an all-in one zoom, 4K video recording, and versatile still shooting capabilities, the Lumix DMC-FZ300 from Panasonic is a multi-faceted point-and-shoot optimized for the multimedia image maker. Featuring a 12.1 MP High-Sensitivity MOS sensor and Venus Engine image processor, the FZ300 is capable of recording up to 60 fps with an electronic shutter, 12 fps with a mechanical shutter, or 30 fps using the unique 4K Photo Modes. Working in low-light is benefitted by a top sensitivity of ISO 6400 along with 5-axis HYBRID O.I.S.+ image stabilization to minimize camera shake during HD video recording. 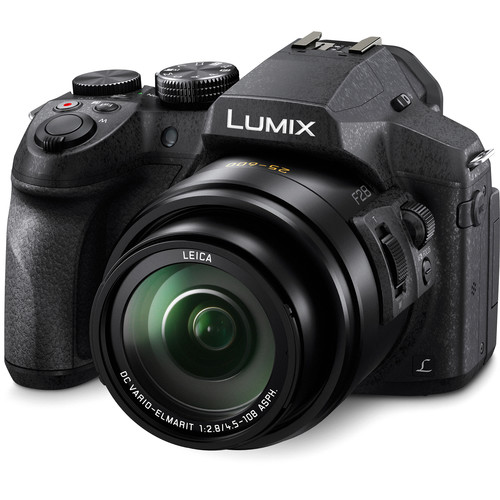 12.1 MP High-Sensitivity MOS Sensor and Venus Engine
A 12.1 MP 1/2.3″ High-Sensitivity MOS sensor pairs with the Venus Engine image processor to deliver fast overall performance and notable image quality to suit working in a wide variety of conditions. The sensor and processor combination help to compensate for diffraction to realize sharper, clearer imagery at smaller apertures as well as a top sensitivity of ISO 6400 to suit working in difficult lighting conditions. This processing engine also contributes to a fast 12 fps shooting rate at full-resolution with the mechanical shutter, 60 fps shooting with an electronic shutter, and 30 fps shooting at 8 MP using the 4K Photo modes.

The lens’ already impressive optical zoom range can be effectively doubled through the use of Intelligent Zoom, to achieve a total magnification of 48x. Extra Optical Zoom (EZ) settings are also available, which crop into the image to generate a narrower field of view, in order to produce 29.4x and 46.9x zoom magnifications at 8 MP and 3 MP resolutions, respectively. Standard digital zoom can be applied as well to, again, increase the effective zoom range by 4x.

Also benefitting from the image stabilization system, a Level Shot Function detects the horizon line within scenes and helps to keep it level even if the camera is tilted.

Benefitting manual focus operation, focus peaking is available that highlights bright edges of contrast with a colored outline for quickly recognizing your focus point, as well as Touch MF Assist for touch-to-focus operation.