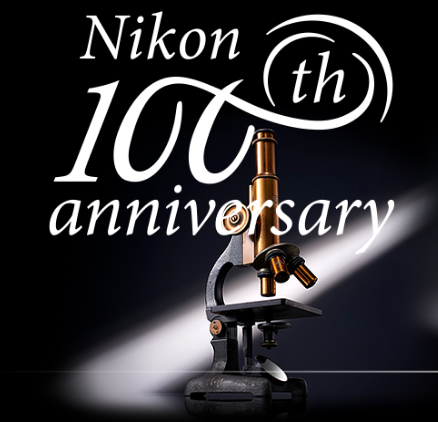 Today, Nikon celebrates the 100th anniversary of its establishment. And Nikon officially announces the development of Nikon D850 (D810 replacement) DSLR camera. Here is the full press release and President’s message from Nikon:

Nikon Celebrates the 100th Anniversary of its Founding

Nikon Corporation (Kazuo Ushida, President, Tokyo) was established in 1917 (as Nippon Kogaku K.K.). Since then, we have been creating unique value all over the world by providing consumer and industrial optical equipment, including lithography systems and microscopes as well as cameras, based on opto-electronics and precision technologies.

Today, Nikon celebrates the 100th anniversary of its founding.
We deeply express our sincere gratitude to all of our stakeholders who have faithfully supported our development that met the needs of the last 100 years.

Over these 100 years, Nikon has contributed to industries and people’s quality of life with its state-of-the-art technologies during each era. We were able to successfully focus on and overcome continuous challenges because we were fully supported and trusted by our stakeholders.

In order for people to create progress toward a prosperous future over the next 100 years, Nikon will continue to contribute to the world.

Today, Nikon celebrates the 100th anniversary of its establishment. I would like to express my sincere appreciation to all of our customers who use our products in their everyday lives, and the stakeholders who have supported our businesses, from the bottom of my heart.

For the past 100 years, consumer demand has called for convenient products that enhance daily life, and Nikon answered with its manufacturing skill and knowledge. However, society and consumer needs are rapidly changing today. We would like to effectively respond to these needs with the world’s highest-class opto-electronics, precision technologies and solutions.

The difference from our past strategies is that we will offer not only products, but also ideas and solutions as well. Nikon will be reborn as a solution company providing superior technologies and ideas, holding “light” as our core competency.

Following our corporate philosophy of “Trustworthiness and Creativity”, we hold a new vision of building the foundations of the next 100 years.

We ask for your continued support as we move forward.