GoPro announced a new cheaper GoPro HERO+ camera with Wi-Fi for $199.99. The GoPro HERO+ is an entry-level GoPro option that captures immersive 1080p video at up to 60 fps and features built-in Wi-Fi and Bluetooth connectivity. It also takes 8MP still photos in either single-shot, time-lapse, or 5 fps burst modes. At $199.99 MSRP, the HERO+ is waterproof and mountable as well as compatible with GoPro’s vast array of mounts and accessories. Using built-in Wi-Fi and Bluetooth, you can connect the camera to the GoPro Smart Remote or to the GoPro App on your mobile device for shot preview, complete camera control, and easy content sharing to social media sites.

GoPro HERO+ is integrated into an ultra-durable waterproof housing that delivers GoPro’s legendary durability and versatility.

GoPro HERO+ will be available at authorized retailers around the world on October 4, 2015. Key features include: 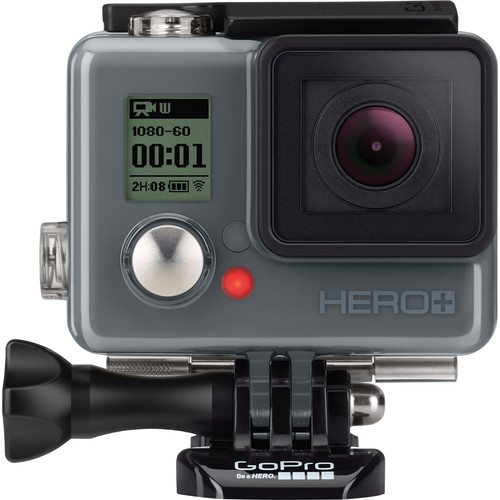 Note: If you are a GoPro User, you can now join the GoPro Users Facebook Group to share your GoPro photography and advice, ask and answer questions that arise and help each others!