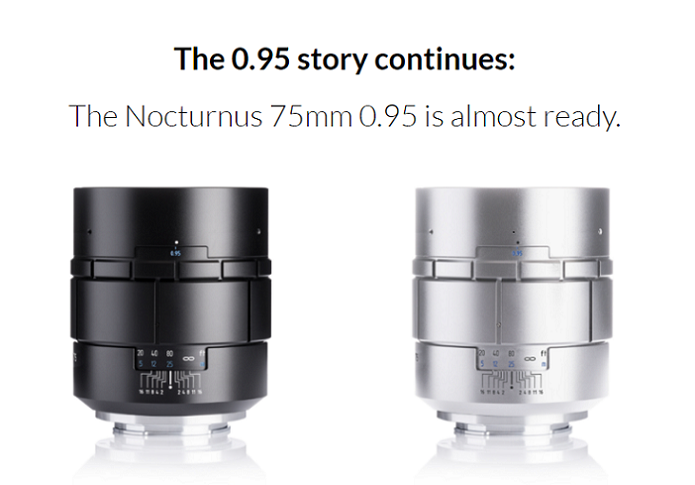 Meyer-Optik Goerlitz Nocturnus 0.95/75mm continues the creation of the “master of light series” and the legacy of the fastest 75mm lens in the world

Again Meyer optic reaches for the next big step. But this time it’s a big one: the creation of the fastest 75mm lens worldwide causes a stir

Meyer-Optik-Goerlitz: Again, in the leading position for available light photography

Already in the 1920s, Meyer brought lenses to market which were the fastest lenses of their time: the Kinoplasmat 75/f1. 5. Later the Primoplan 1.9/58 was to become the fastest standard lens for the famous Exakta camera, which was sold in the USA as “Kine night Exakta”.  At this time Meyer-Optik Goerlitz was considered as the most prominent manufacturer of available light lenses, so called “giants of light” and in 2016 the company presented the Nocturnus 0.95/50 mm for the first time now available in its third version.

Now Meyer is following the legacy of creating the fastest 75mm lens in the world like it once did with the Kinoplasmat. The Nocturnus 0.95/75 mm lens is a full format lens available for Sony E, Fuji X and Leica M. The company also intends to follow with a 35mm lens later in order to complete its Nocturnus line.

Like its “little brother” – the Nocturnus 50 – the Nocturnus 0.95/75 delivers outstanding performance with a fully opened aperture 0.95 for Sony E, Fuji X and Leica M photographers.

With its aperture at 0.95 and its 15 steel aperture blades with antireflection coating the Nocturnus 50 delivers an appearance and imaging which cannot be obtained by any other lens. This opens creative opportunities especially in “people photography” under difficult light conditions.

75mm focal length, 15 Steel Aperture Blades:  #1 and Only in the World of Available Light Photography

World premier! 75mm focal length, 15 steel aperture blades along with a maximum aperture of 0.95 is only available in the portfolio of  Meyer-Optik Goerlitz. This combination allows photographers who are using Leica M, Sony E or Fuji X to make use of the outstanding creative opportunities by the conscious use of depth of field, sharpness and bokeh. The 15 blades aperture was designed by Dr. Prenzel from Goerlitz and the mechanical components of the aperture are built by Otto Niemann precision mechanics from Berlin. Otto Niemann has been one of the specialists in the production of iris diaphragms since 1945. Of course, the aperture of the Nocturnus 0.95/75 is adjustable to infinty. The mechanical quality is outstanding and as a result the Nocturnus 0.95 / 75mm is a tool,  that the photographer can rely on all his life.

Photography at the speed of light

The combination of 75mm and the unique aperture of f 0.95 creates images of an unmet aesthetic especially when shot wide open, generating a three dimensional appearance where the subject seems to be stepping out of the image. The Bokeh is smooth and under the appropriate condition may contain some sharp edged light circles.

Each shot is of unique sharpness, depth of field and Bokeh characteristic.