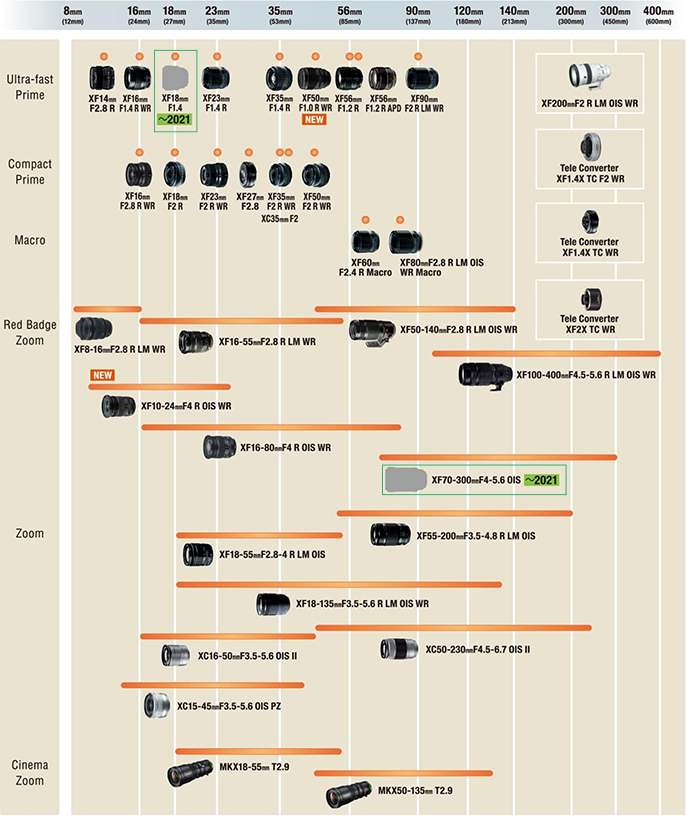 In addition, according to the updated Fujifilm X-mount lens roadmap, the Fujifilm XF 18mm f/1.4 R WR lens is confirmed to be announced this year.