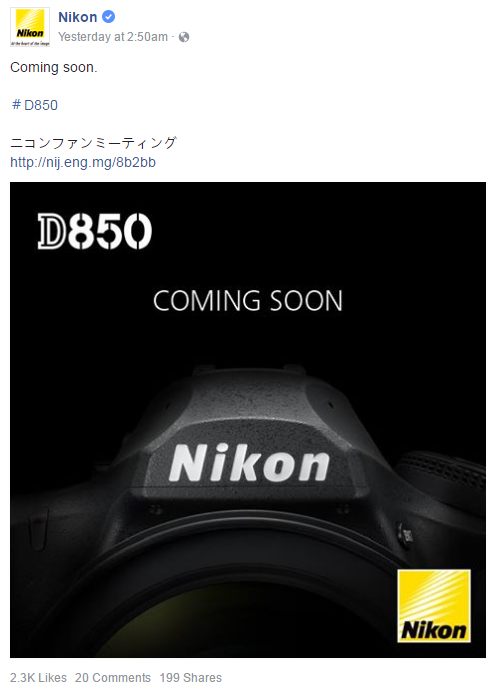 Nikon Japan posted another Nikon D850 teaser on Facebook and Instagram saying that the Nikon D850 DSLR camera will be announced soon, with a link to the Nikon Fan Meeting that will take place in Tokyo on August 26th, 2017, which indicates the Nikon D850 camera will probably be displayed at that event.

In addition, the latest rumor suggests that the Nikon D850 DSLR camera will be officially announced on August 24th (±1 day depending on your time zone), and it will be released in mid-September. You can read more Nikon D850 info here. Read more: Best Lenses for Nikon D810.

Here is the full list of all the upcoming Nikon events (August – October):