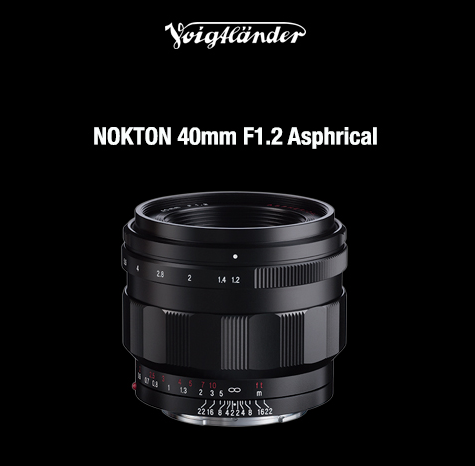 The Voigtlander NOKTON 40mm f/1.2 Aspherical lens for Sony E-mount is now officially announced in Japan. The Suggested retail price (excluding tax): ¥ 135,000 JAN. The US pricing is not yet announced. And it is scheduled to be released in October 2017.

A compact size yet full size 40 mm lens realizes the world’s first large aperture. Two double-sided aspherical lenses are adopted as an optical system optimized for image sensor of mirrorless camera made by Sony. It has a performance that you can use with confidence from opening the aperture, you can enjoy a smooth and large blur taste.