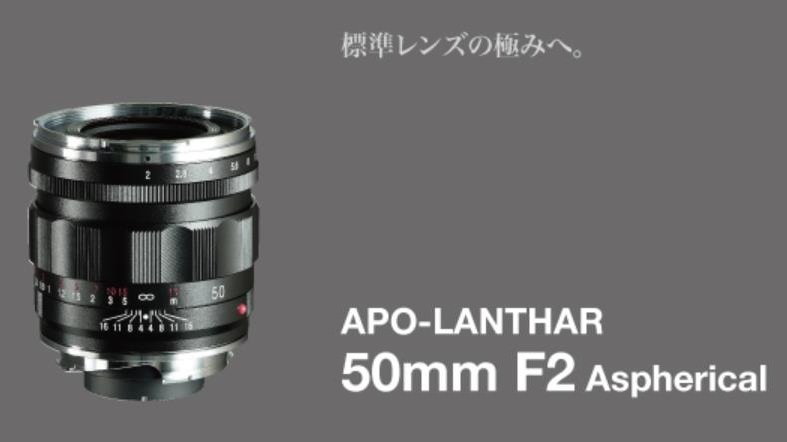 The new Voigtlander APO-Lanthar 50mm f/2 Aspherical Lens for Leica M-mount is now officially announced. The Japanese suggested retail price is ￥120,000 (excluding tax). The US pricing has not announced yet, and it will be released in January 2021.

A lens optimized for a full-size M-mount sensor based on the Sony E-mount dedicated lens that was put on the market as the highest-performance standard lens in the history of Voigtlander. The apochromat design, which makes the on-axis chromatic aberration of RGB, which constitutes the three primary colors of light, as close to zero as possible, realizes performance that completely changes the values ??of standard lenses. With a tight style, it also has good handling when using a rangefinder camera.

● Apochromat design
We thoroughly eliminate various aberrations such as axial chromatic aberration, and pursue the ultimate performance in terms of resolution and contrast reproducibility.

● Of the optical glass that derives high performance and
the lens configuration of 10 elements in 8 groups of the mechanical part , 2 abnormally dispersed glass and 2 double-sided aspherical lenses are used, and a floating mechanism is also equipped.

● compact style
reduces the vignetting of the range finder in putting together a full-length short. It weighs 288g (excluding accessories) and realizes light handling.

● 12 diaphragms
that allow you to enjoy the expression of bokeh The diaphragm blades, which consist of 12 diaphragms, adopt a special shape that makes a circle not only in F2 but also in F2.8 and F5.6. It is possible to draw using “ball blur” such as a point light source.

● Manual focus for reliable focus operation
By adopting an all-metal helicoid unit processed and adjusted with high precision and high-quality grease that produces an appropriate torque, focusing with a smooth operation feeling is realized. Allows for delicate focus adjustment.

● bayonet VM mount
adopt the VM mount Leica M mount compatible to the lens mount. Not only can it be used with rangefinder-linked cameras, but it also has an excellent design balance when attached to a mirrorless digital camera via a mount adapter. 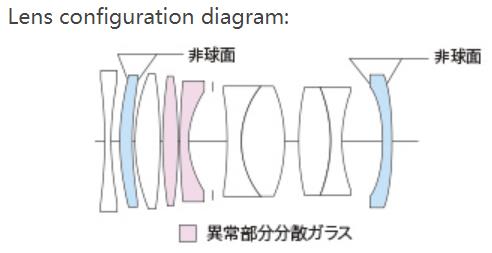 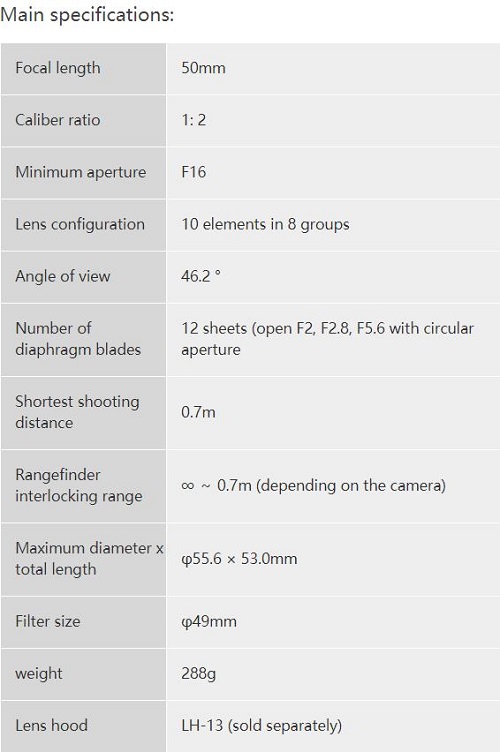