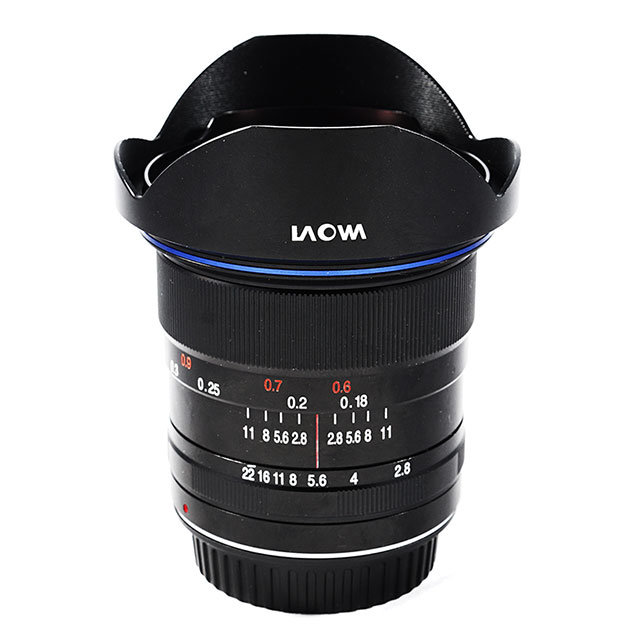 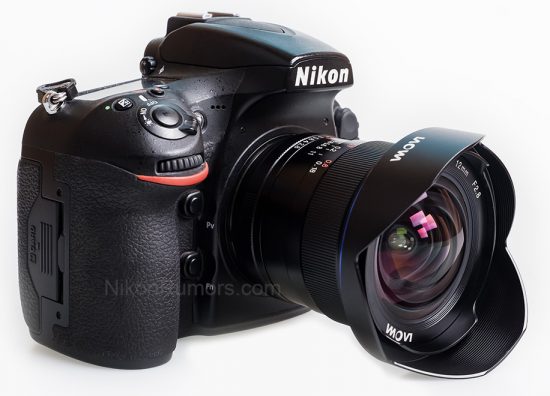 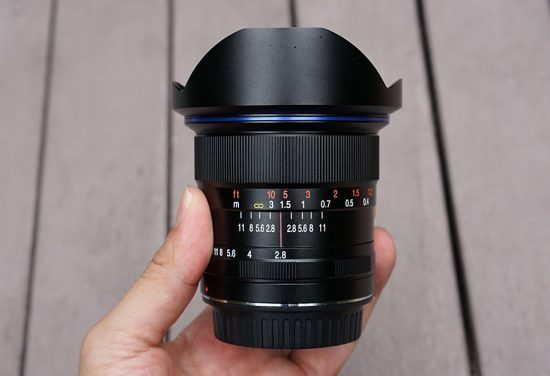 Venus Optics Announces Laowa 12mm f/2.8, the *World’s Widest f/2.8 Lens with Close-to-Zero Distortion
Featuring an ultra-wide 122° Angle of View and weighing only 1.34 pounds, this is also the world’s *fastest 12mm lens for full frame cameras. It is now on Kickstarter.

The new Laowa 12mm f/2.8 Lens features a close-to-zero optical distortion, allowing photographers to take landscape/architecture shots with straight lines retained. Featuring a widest angle of view (122°) ever built with a f/2.8 lens, the Laowa Lens is an ideal lens for a variety types of photography. From landscape, architecture, interior, travel to the most important one, astro photography. The combination of ultra wide-angle and fast aperture makes this lens a perfect tool for creating impressive milky way shots.

The Laowa 12mm f/2.8 Lens is designed for photographers for everyday use and hence the weight and size has been controlled to the minimal. The lens weighs only 1.34 pounds (0.6kg) and has a front diameter of 77mm. Venus Optics also offers a filter holder which is designed to fit 2 pieces of 100mm filters and 1 piece of Circular Polariser.

The lens incorporates with 16 elements in 10 groups optical design, including 3 pieces of Extra-Low Dispersion elements and 2pc of Aspherical Elements. This design not only delivers an outstanding image sharpness and controls the distortion to the minmal, but also controls the chromatic aberration at its lowest level. A floating design is also adopted to ensure a good performance even in the closest focusing distance (0.18cm). The enclosure of the lens is fully made of metal to strengthen its durability. Canon EF, Nikon F, Sony E, Sony Alpha and Pentax K mounts are available. 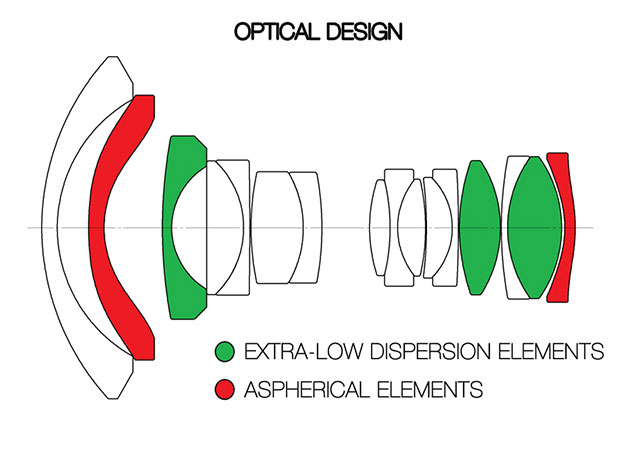 Along with the new Laowa 12mm f/2.8 Lens, Venus Optics also announces the Laowa Magic Shift Converter which is able to enlarge the full frame image circle through the 4pcs of elements inside the converter. The enlarged image circle provides sufficient image field for lenses shifting by a maximum of 10mm without vignetting. It will transform the Laowa 12mm f/2.8 Lens (DSLR mount) into a 17mm f/4 Professional Shift Lens with +/- 10mm shift capability for Full-Frame E-mount cameras. It is a perfect tool for professional architectural photography. The principle is explained in below diagram. 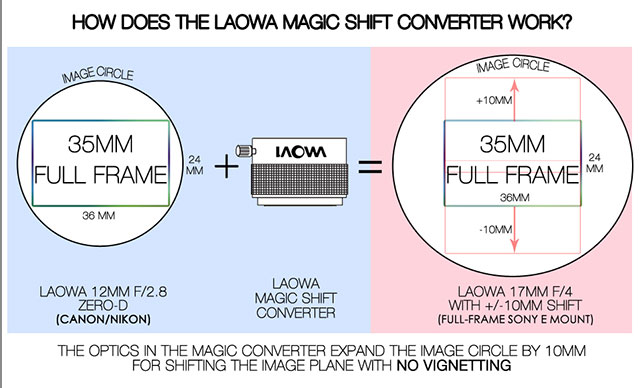 The Laowa 12mm f/2.8 lens will firstly be available for backing via Kickstarter from July 30 (EST Time) onwards. It will then be available for purchase at authorized distributors and resellers from Sept 2016 onwards. The recommended retail price without tax is USD 949.