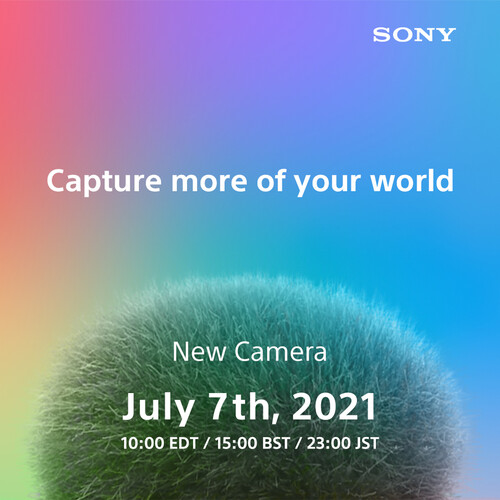 It is now confirmed by Sony that the Sony ZV-E10 APS-C E-Mount vlogging camera will be officially announced on July 7th, 2021 at 10:00am ET.