Sony will make a surprising announcement in Stockholm on Friday (November 6) at 11:00 local time. The journalists and photographers are able to attend the event to see new products. The details are still unknown, but it is confirmed that Sony will announce the new Sony A68 A-mount camera.

These new Sony products are rumored to be announced soon:

Currently, there are 15 Sony FE lenses in the market. 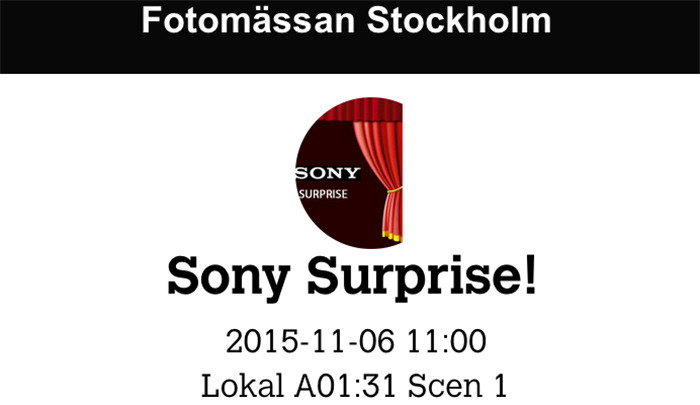