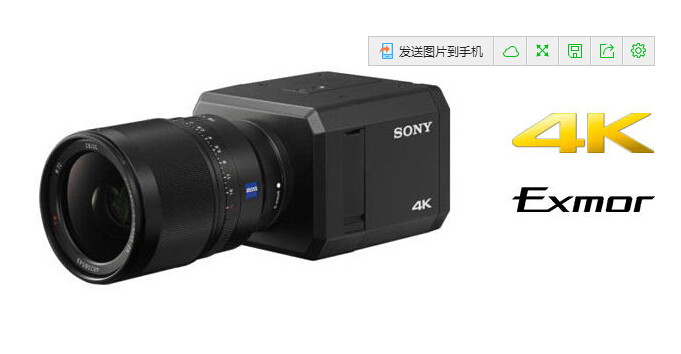 1. In overwhelming high-sensitivity performance, realize the 4K of color video shooting even under low illumination environment

This unit, bringing together the most advanced process technology of Sony, has adopted a 35mm full size CMOS image sensor which realizes an overwhelming high sensitivity with high light-collecting efficiency. In addition to this, to realize a low noise while maintaining the resolution even at low illuminance and “area division noise reduction” technology, high to enable reproduce the natural three-dimensional feeling by the sense of resolution, such as “detail Reproduction” technology Sony’s unique image processing engine also be mounted, it has achieved an overwhelming high sensitivity and low noise.

In addition, for the first time adopted the Sony E-mount lens group as a network camera, it holds a resolution of up to around not the performance of the 35mm full-size CMOS image sensor has been optimized in order to maximize, the center of the lens only you. With these, the unit achieved the following Minimum Illumination 0.004 lux of the industry’s highest level, has enabled high-definition color video shooting under low light environment.

It should be noted that, by selecting from the line-up of rich E-mount lenses, in the angle of view tailored to customers of various usage environment, can be taken in a wide range of high resolution from a wide area to detail.

2. To enable the compatibility of the entire overhead and gazing point zoom “intelligent cropping” function

Specify the area or the motion that you want particular attention from the 4K screen, a video of up to four locations in VGA (640 × 480 pixels) size, and the cut-out in high-definition. In addition to specifying the area, setting of the dynamic area to track the subject you want to focus in conjunction with the motion detection is also possible.

3. To optimize the shooting function according to the shooting environment “intelligent scene capture” feature

In addition, the present machine, also supports the view angle adjustment feature that can check the angle of view at the time of installation a dedicated app such as downloaded Wi-Fi enabled smartphone. Bright portion / dark of visibility the dramatically improved to Sony’s unique wide dynamic range function that can be taken to suppress the collapse overexposed or black image even in backlight state “View-DR (view Dr)”, etc., enrich also equipped with conventional function. 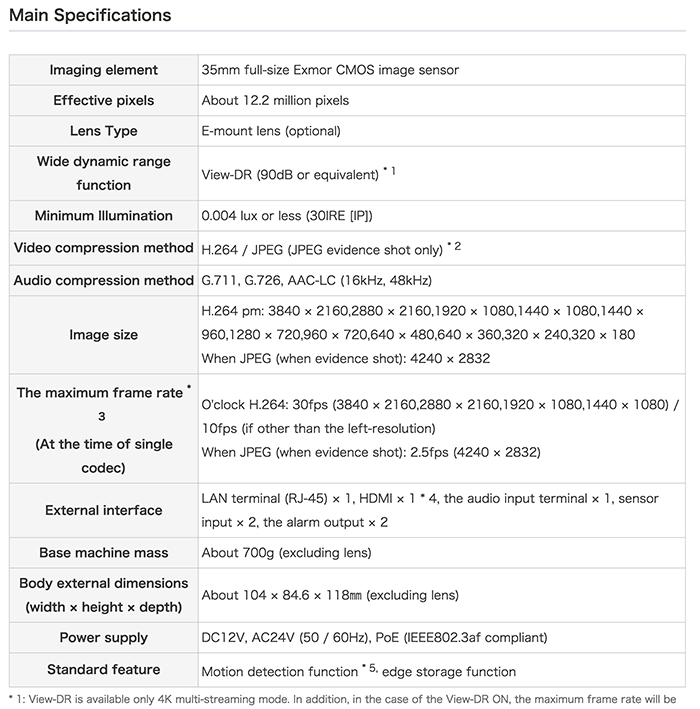