Here is the full specs comparison of Sony RX100 IV, Fujifilm X100T, Panasonic LX100. You can take a look at the key differences between the three cameras.

The Panasonic Lumix DMC-LX100 Digital Camera is an advanced Four Thirds format point-and-shoot with manual controls designed to enable and inspire creativity. The Lumix LX100 is a compact, pocket-sized camera with a fast built-in 24-75mm (35mm equivalent) lens, a 16MP Four Thirds sensor, and one of the highest-resolution electronic viewfinders available. 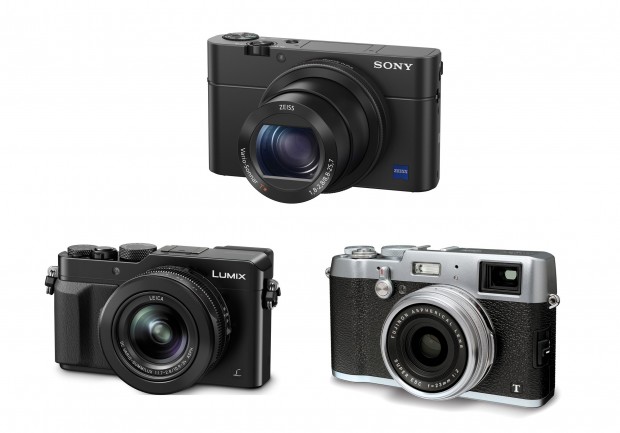