According to the patent, Sony’s contact lens is expected to be the best of the three. This cotact lens will feature autofocus, zoom, aperture control, image sensor, microchip processor, storage unit, WiFi antenna, and image stabilization. Really amazing! And you can control the “shutter” of this camera by consciously blinking your eye/specified eyelid movement.

The image pickup signal processing unit may perform image stabilization for correcting blur of a captured image, the blur being caused by motion of the eyeball. 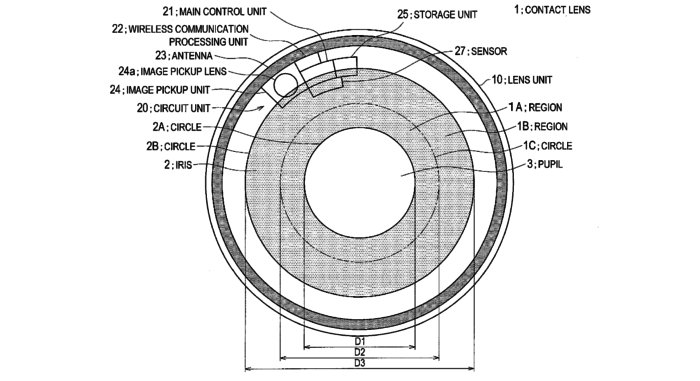 You can read the full document here.

Wearing an “invisible” camera is really cool and I really hope we can see the smart contact lenses in the market within few years.