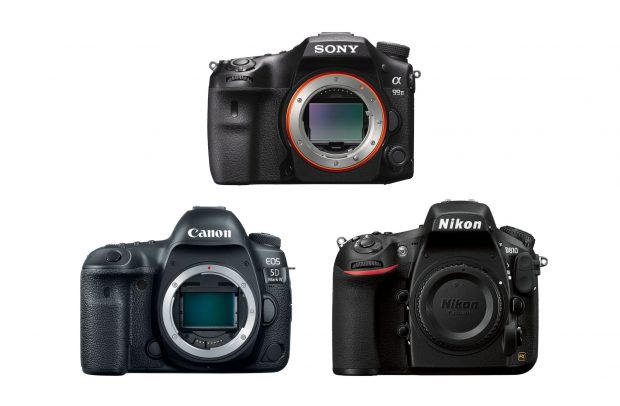 Here is the quick specs comparison of the new Sony A99II, Canon EOS 5D Mark IV and Nikon D810. You can take a look at the key differences between the three full frame DSLR cameras.

Nikon D810 ($2,797 at Amazon, B&H, Adorama): The Nikon D810 features a 36.3MP FX-format CMOS sensor without an Optical Low Pass Filter for particularly sharp and detailed still imaging. With the addition of the EXPEED 4 Image Processor, performance speed is increased compared to the EXPEED 3 and noise is effectively reduced throughout the ISO range. Continuous shooting speed in FX format is 5 fps and in DX format hits a maximum of 7 fps. In addition, the full HD video capabilities of the D810 have been upgraded to include 1080p capture at 24, 30 and 60 fps.