Wikileaks has leaked a new image on upcoming products from Sony. It is similar to the previous rumor we have reported. The bad news is that there is no A-mount stuff on that list. So Sony will announce a new RX camera on April 23.

See the image below: 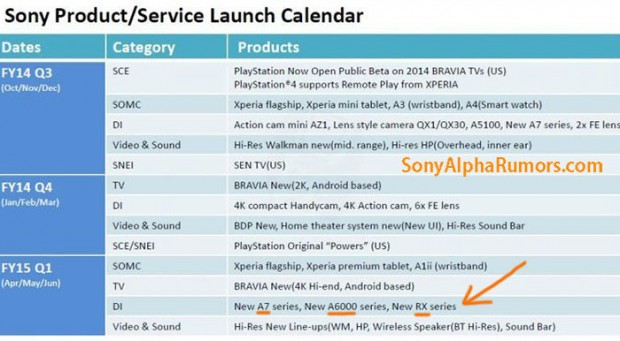