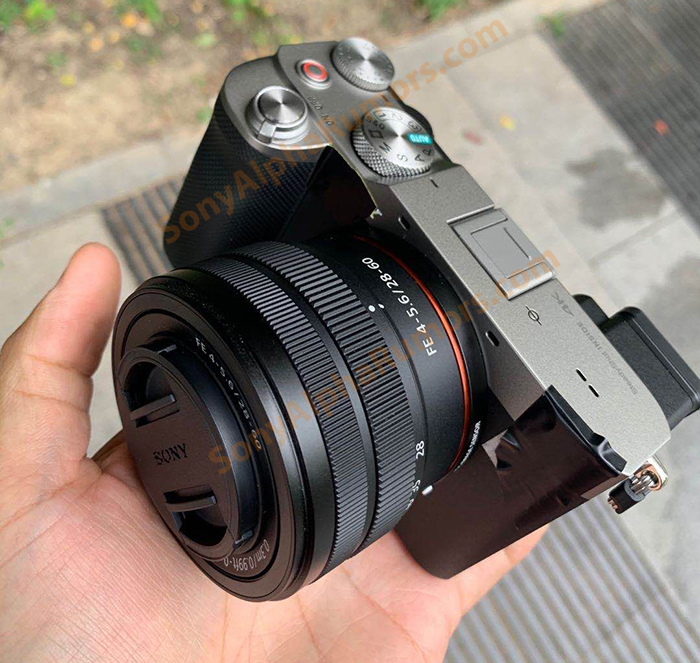 Here is the first leaked image of the upcoming Sony a7C mirrorless camera, which will be officially announced on September 15, 2020. This Sony a7C will come with a new collapsible FE 28-60mm f/4-5.6 lens.