DxOMark has published the sensor review and test results of the Sony A5100 mirrorless camera which is currently available at Amazon for $548.

According to Sony A5100 sensor test results, Sony A5100 got a point of 80 overall score and just 2 points behind the A6000 and easily beat the direct competition cameras like the E-M10 and GM1.

Sony A5100 is the world’s smallest interchangeable lens camera with an APS-C sensor, which takes the ‘guts’ from the A6000 and puts it into the compact body inherited from the NEX-5 line. It features a 24.3MP APS-C CMOS sensor with on-chip phase detection covering 92% of the frame, powerful BIONZ X image processor, a fast Hybrid AF with 179 focal plane phase-detection AF points. 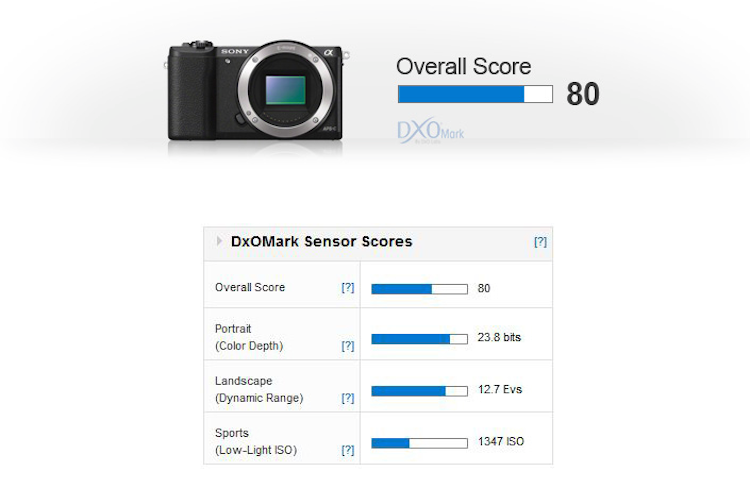 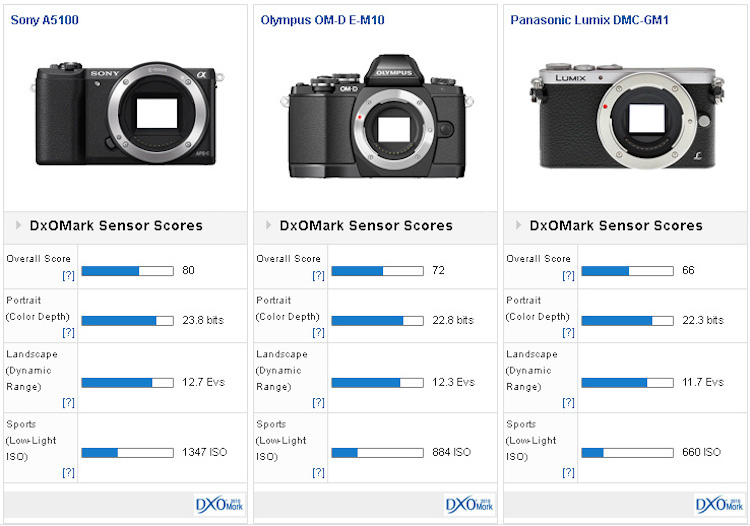 With the introduction of the A5100 Sony appears to have undermined the higher-end A6000 model somewhat with its support for the pro-level XAVC S codec. It’s not as if the A5100 adopts a lesser sensor either. In fact it appears to be the same unit with practically identical imaging performance (and identical AF functionality). Naturally some attractive features of the A6000 are missing, notably the EVF, higher continuous frame rate of up to 11fps and wireless flash control, but if those features aren’t high on your wants list then the A5100 looks like a tempting option.