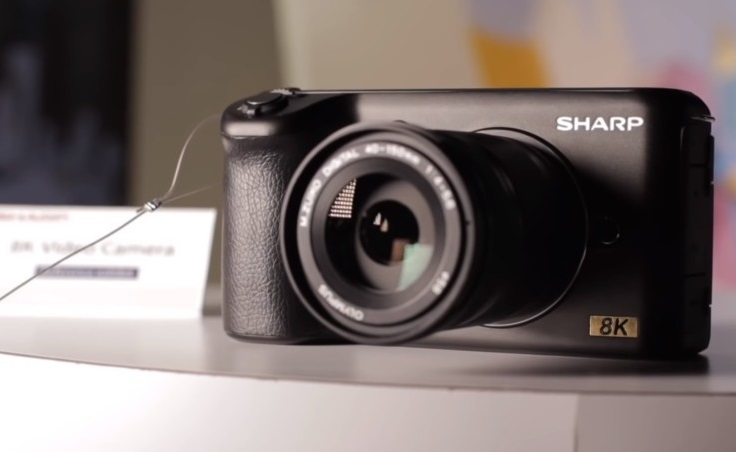 Sharp was showing a new 8K Micro Four Thirds Camera at CES 2019 in Las Vegas, which may become the world’s most affordable 8K Micro Four Thirds mirrorless camera. YouTuber Kinotika published a short hands-on video (below) with the prototype camera. The prototype camera doesn’t yet have a full name or specifications, and Sharp reportedly told CES attendees that it will reveal the model’s official specs in Q2, possibly at NAB 2019.

In a lot of ways, the camera looks quite similar in design to a BMPCC 4K. This is what we know so far (via PR):

What do you think of the new Sharp 8K MFT camera?