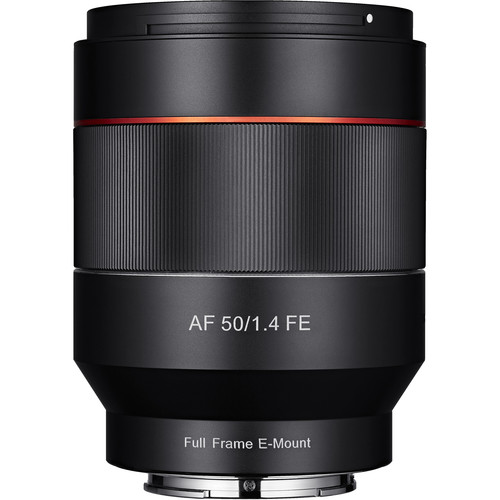 LensTip published their full in-depth review for the new Samyang/Rokinon AF 50mm f/1.4 FE lens. This Samyang AF 50mm f/1.4 FE Lens was announced in May 2016 along with FE 14mm f/2.8 autofocus lens for Sony full frame mirrorless cameras. And these two autofocus lenses from Samyang Optics are sold under the “Rokinon” brand in USA.

In the case of the FE system it would be difficult to speak about a wide choice of cheap lenses. Not so long ago the Samyang AF 50 mm f/1.4 FE was the cheapest standard with autofocus available and that fact held promise of a significant sale volume. After the launch of the Sony FE 50 mm f/1.8 the situation doesn’t look so rosy anymore; it seems without a distinct lowering of the price the Samyang won’t enjoy a huge market share. Read the full review…

Below are links to all current 50mm FE lenses: