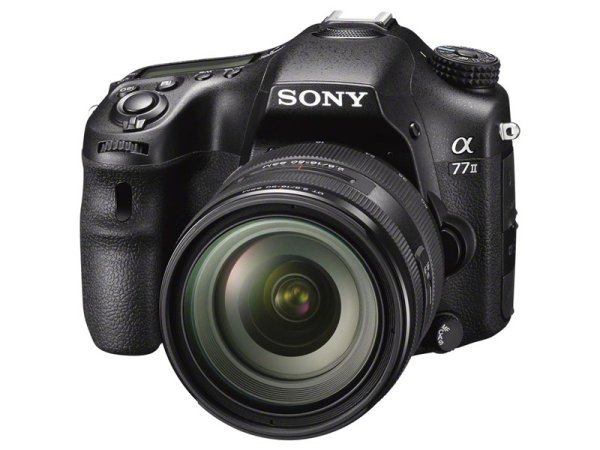 Coming with a 79 point phase detection AF system with 15 cross points, the Sony A77 II features a 24.3 megapixel Exmor CMOS image sensor with an ISO range of 100-25600. And it can deliver ultra-fast, intelligent AF tracking and up to 12 fps burst of up to 60 full-resolution frames.

One follower asked me if A77II is the best of all for movie shooting? My answer is No, but A77ll is one of the best! The 5D Mark III ($3,199.00) is the most widely used DSLR in film making.If you want the absolute best quality right out of the box, this is the camera to go for. But you know, it’s too expensive! so if you’re looking to do some video work, but don’t have the budget and don’t mind losing the dynamic range and flexibility of footage from a full frame camera, Sony A77II should be the right choice! You can see our Sony A77 II vs A77 vs Nikon D7100 vs Canon EOS 70D Specs Comparison. Sony A77 II can produce excellent footage as long as you take the money you save on the bodies and invest them in top notch lenses.