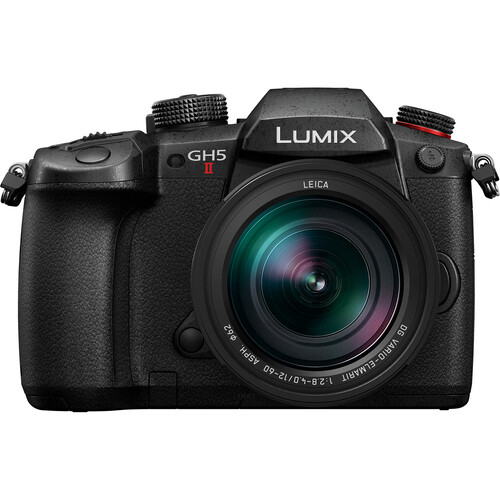 Much of the GH5 II is the same or very similar, you get the same 20mp Micro Four Thirds sensor, with improved sensor-based 5-axis image stabilisation, combined with the lens’ optical image stabilisation, which gives benefits for both stills photography and video recording. You’ve also got 6K Photo, and you can shoot unlimited photos at 30fps, giving you 18-megapixel images. 4K Photo shoots unlimited photos at 60fps, although these are at a resolution of 8 megapixels.

Video improvements and live streaming are welcome, and will be exactly what some people are looking for.

Image quality from the camera is very good, with the camera producing pleasing images, with good levels of detail, and good colour. The use of a Micro Four Thirds sensor, which is smaller than APS-C CMOS sensors means that at high ISO settings noise performance isn’t as good as  APS-C or FF cameras, however, the camera does produce usable results up to ISO3200 and ISO6400. This is likely to be the case until Micro Four Thirds sensors make the next leap in sensor technology, to backside-illuminated sensors.

For some, the lack of phase-detection AF could be disappointing, and there are times when continuous AF will hunt or wobble when recording video.

The GH5 II offers a list of video features and specifications beyond what most people need, but the headline features are that the camera can record unlimited 4K video, with higher quality recording possible internally, without the need of an external recorder, plus Live Streaming support (at up to FullHD resolution).

The Micro Four Thirds system is ideally suited to 4K video, as the compact range of lenses means the system is much smaller than if you were to use a full-frame (or APS-C) DSLR for 4K video recording. High-speed FullHD video recording is also available at up to 180fps.

If CINE 4K is something you need, or you do any video, then the 5-axis image stabilisation system will help here, dramatically improving the stability (and professional look) of your videos, without the need of a tripod, and this gives the GH5 II (and other cameras with in-camera IS) an advantage over most DSLRs.

You also benefit from a very good electronic viewfinder (EVF), which features a high resolution of 3.68m dots, and the magnification is good at 0.76x. This makes using the EVF a pleasure, with impressive levels of detail visible. The 3.0inch touch-screen is also very good, letting you quickly change settings and options. Battery life can be extended to 1200 shots with energy-saving options switched on.

If you’re a stills photographer primarily, then the Panasonic Lumix G9 or Olympus OM-D E-M1 Mark III could be a better choice. Then there are also a variety of APS-C cameras available with higher resolution on offer, from Sony, Canon, and Fujifilm.

If you do any form of video work, then the Panasonic Lumix GH5 II will be an obvious choice.