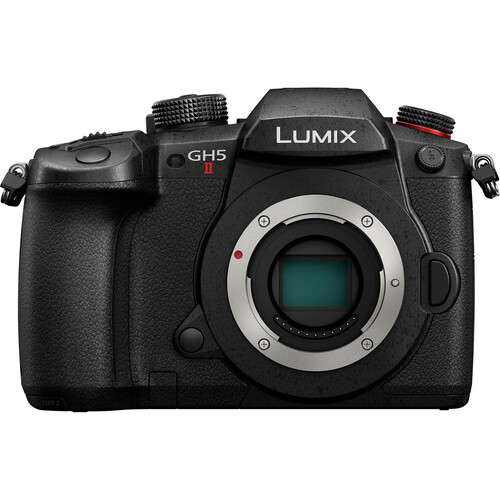 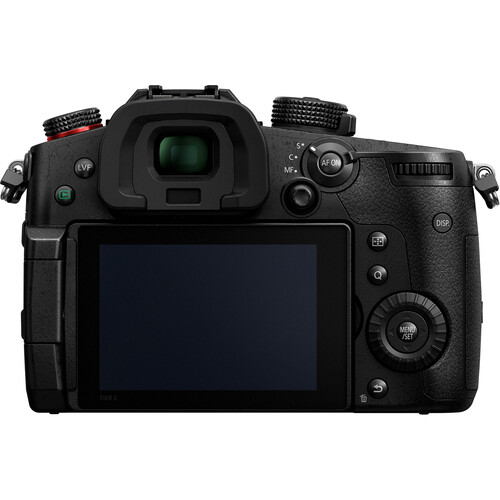 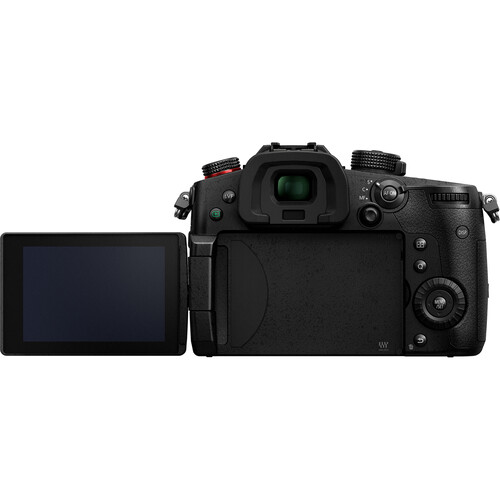 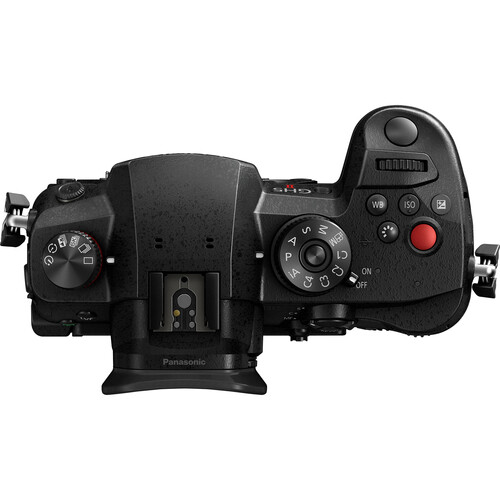 Panasonic Encourages Videographers to Create and Achieve More with the GH5M2, the Ultimate Hybrid Mirrorless Camera Evolved from the GH5

Newark, NJ (May 25, 2021) – Designed with video creators in mind, Panasonic is proud to introduce its newest digital mirrorless camera, the LUMIX GH5M2, featuring outstanding video performance for all film creators. The next high-performance product in the evolution of the GH5, the LUMIX GH5M2 achieves C4K[*1]/4K 60p 4:2:0 10-bit[*2] video recording and simultaneous output of 4:2:2 10-bit over HDMI during 4K 60p 4:2:0 10-bit internal recording. With the pre-installed V-Log L, it is easy to match the color tone with the footage recorded in V-Log of S1H/S1 and V-Log L of GH5/GH5S.

The 20.3-megapixel Digital Live MOS Sensor with Anti-Reflective (A.R.) coating clearly captures details and drives the maximum performance of the lens. The image processor is also updated from that of the GH5 by adopting the latest Venus Engine that boasts high speed and performance.

*1 Corresponding to 4K (4096×2160) as defined by Digital Cinema Initiatives (DCI).
*2 On condition that the camera is under the environment where the operation is guaranteed and is running on the battery. Recording time depends on the capacity of the battery and the SD Memory Card. Recording may stop in C4K/4K 60p 10-bit and Anamorphic mode automatically to protect the camera.

Building on the exceptional performance and legacy of the GH5, the GH5M2 puts more creative power in the hands of filmmakers and videographers, equipping them with high quality video, high basic performance to meet various production sites, wire-optional live streaming, the high LUMIX standard of reliability and wide expandability.

1. Incredibly high video quality such that it can be used unedited as well as processed with advanced editing

The LUMIX GH5M2 is capable of unlimited video recording in various settings, reflective of the LUMIX GH Series’ notoriously outstanding video performance for professional videography. In addition, the GH5M2 can record C4K[*1]/4K 60p 4:2:0 10-bit[*2], as well as produce simultaneous output of 4:2:2 10-bit over HDMI during 4K 60p 4:2:0 10-bit internal recording. Because it realizes a crop factor of 1.0x in 4K 60p by using the whole area of the sensor, the user can record video in the original viewing angle of the lens.

A V-Log L is pre-installed in the camera to deliver a high dynamic range and broad colors, eliminating the need to purchase a Software Upgrade Key separately. V-Log L renders a very flat image while maintaining the entire range of color information within the image, resulting in a greater level of play when the images are put through post-production processes. V-Log L has log curve characteristics similar to negative film. Users can download 35 conversion LUTs for VariCam cinema cameras for free for use in the LUMIX GH5M2. Color tone is easily matched with the footage recorded in V-Log of S1H/S1 and V-Log L of GH5/GH5S. Practical tools like a Waveform Monitor and V-Log L View Assist are also available.

Following the S1H, the video flagship camera of the S Series, the LUMIX GH5M2 provides two types of Cinelike gamma presets in the Photo Style. With these modes, impressive looks with warm skin tones or delicate nuances of light and shadow can be reproduced even without color grading over V-Log footage. The Cinelike D2 gives priority to dynamic range and the Cinelike V2 prioritizes contrast. MonochromeS and L.ClassicNeo have also been added. All these modes can be used for Anamorphic video recording.

*1 Corresponding to 4K (4096×2160) as defined by Digital Cinema Initiatives (DCI).
*2 On condition that the camera is under the environment where the operation is guaranteed and is running on the battery. Recording time depends on the capacity of the battery and the SD Memory Card. Recording may stop in C4K/4K 60p 10-bit and Anamorphic mode automatically to protect the camera.

The 20.3-megapixel Digital Live MOS Sensor captures all the details delivered through the attached lens. Further, an AR coating on the sensor minimizes ghosts and flaring even in backlighting. Updated with the latest Venus Engine, the GH5M2 enables high-load 4K60p 4:2:0 10-bit internal recording and simultaneous 4:2:2 HDMI output.

The LUMIX GH5M2 features high-speed and high-precision AF, as well as incorporates an advanced deep learning technology that detects specific subjects such as humans and animals. When a human is the subject, in addition to detecting the eye, face, and body, the head is also separately recognized by real-time detection technology, which results in even more precise focusing. It detects eyes and face at a 2x faster recognition cycle speed than the GH5 and are detectable even if they appear in approximately half the size of those the GH5 can capture. The camera keeps tracking the subject person even if he/she moves quickly, turns his/her back to the camera, tilts his/her head or moves far away from the camera. In addition, improvements to the DFD technology has enhanced AFC, which also enables users to keep tracking small or fast-moving subjects to capture them in crisp focus when the shutter is released.

The GH5M2 Body Image Stabilizer (I.S.) is further advanced to achieve stable handheld shooting and making it possible to use a 6.5-stop slower shutter speed*. Adopting the latest algorithm developed for the S1H, the GH5M2 produces smooth, stabilized video even while in motion or in panning. Notably, movement with a characteristically low frequency is suppressed more effectively to use slower shutter speed. Simulating actual usage conditions, this advancement can be felt in practical use.

For convenient, accurate viewing and shooting, the GH5M2 features a 3.0-inch free-angle LCD in 3:2 aspect with 1,840K-dot high resolution and touch control. It features higher luminosity than that of the GH5 and superior color reproduction to assure high visibility in outdoors. Composition during recording in various popular aspect ratios such as 16:9, 4:3, 1:1, 4:5, 5:4 and 9:16 can be checked with the Frame Marker function. The REC Frame Indicator identifies whether the camera is recording or not.

3. Wired/wireless unlimited live streaming supported by USB PD capability for both indoor and outdoor use[*1]

In addition to wired live streaming, the LUMIX GH5M2 is capable of wireless live streaming using the LUMIX Sync application for smartphones. High quality live streaming is possible with minimum equipment– only the camera and a smartphone are required and can perform in either an outdoor or indoor environment. Complying with H.264 in RTMP/RTMPS protocol, maximum FHD/60p 16Mbps*4 is supported. For wired live streaming, Panasonic’s dedicated software program, LUMIX Webcam Software, is available to download. A forthcoming firmware update will also allow the GH5M2 to support wired IP streaming (RTP/RTSP).

4. Reliability as a tool for professionals

Built to withstand heavy field use, the LUMIX GH5M2 is composed of a magnesium alloy full die-cast front / rear frame and is not only splash resistant[*1] and dust resistant, but also freeze resistant down to 14 degrees Fahrenheit. The shutter unit is also durable for approx. 200,000 cycles.

For outdoor use case, the new battery boasts 2200mAh high capacity. The camera’s battery can be recharged either via AC or USB according to the users’ convenience. It also complies with USB PD (Power Delivery).

*1 Splash resistant is a term used to describe an extra level of protection this camera offers against exposure to a minimal amount of moisture, water or dust. Splash resistant does not guarantee that damage will not occur if this camera is subjected to direct contact with water.

5. Wide expandability inherited from the GH5

Non-Linear: Focus is shifted with variable amount according to the rotation speed of the focus ring.
Linear: Focus is shifted with designated amount according to the rotational quantum of the focus ring. Sensitivity (amount of focus shift per rotational quantum) can be selected from 90 to 360 degree by 30-degree to enable intended focus operation.

The firmware programs will be available at the LUMIX Global Customer Support site https://av.jpn.support.panasonic.com/support/global/cs/dsc/download/index.htmlon June 8, 2021

Most of the accessories for GH5, such as the XLR Microphone Adaptor, the Shutter Remote Control and the Battery Grip, can also be used with the GH5M2.