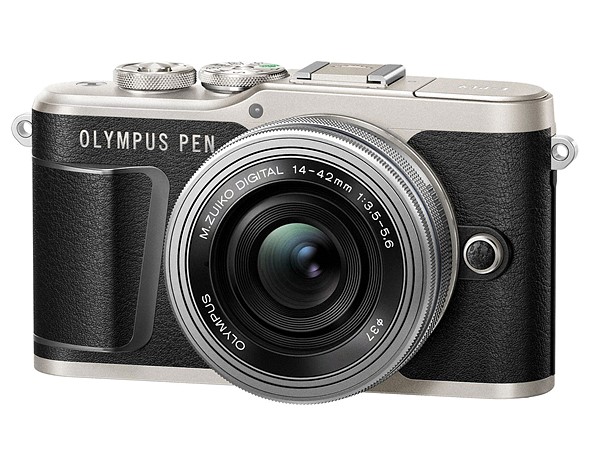 Olympus has announced the new PEN E-PL9 Micro Four Thirds mirrorless camera with lots of improved features. The new Olympus PEN E-PL9 camera will be available outside of North America in mid-March for €699/£649 with the kit lens or €549/£579 for the body only. Pricing and availability in USA will be announced later. 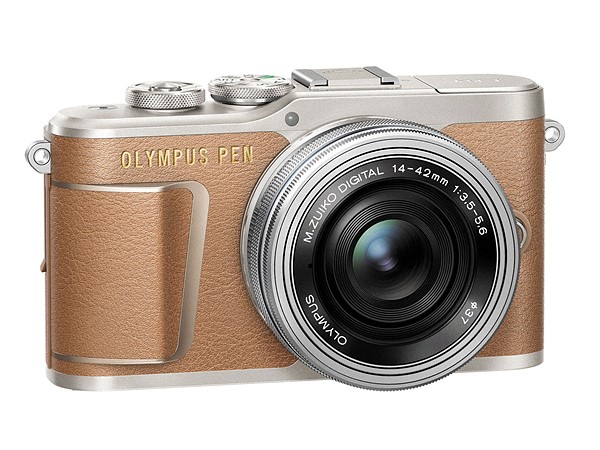 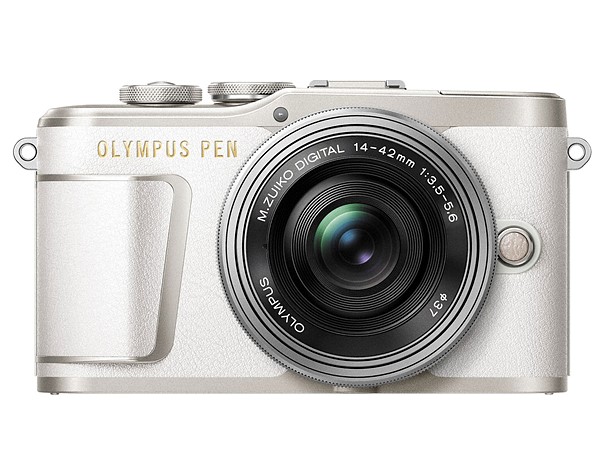 The new Olympus PEN E-PL9: The camera to put you in touch with your creative side

Hamburg, 07. February 2018 – While increasing numbers of people discover the joys of photography through their phones, the progression to a camera may be more than a little daunting. Boasting an envy inducing look and distinguished build quality, the new Olympus PEN E-PL9 delivers the jump in quality and creative control usually seen in much larger offerings. It also makes the transition a lot less painful through touch screen access to its new Advanced Photo mode.

Petite dimensions hide a versatile range of photographic expressions boosted further by compatibility with Olympus’ much lauded line up of more than 20 M.Zuiko lenses, such as the superb M.Zuiko Digital 45mm F1.8 for portraits that combine a flattering perspective with beautiful natural bokeh.

Film fans can now take advantage of in-body stabilized blur-free 4K movies while the new built-in flash ensures E-PL9 users are always ready for adding a splash of extra light. Anyone who can’t wait to share their new masterpieces online can take advantage of the new combined Bluetooth and Wi-Fi connectivity to smartphones.

Due for delivery in mid-March, the Olympus PEN E-PL9 will be available in white, black or brown as body only or in a kit with lens (see below for choices and pricing).

It’s all about expression

The increase in creative options a camera brings too often comes with a scary menu system to match. Seeking to break down those barriers, the Olympus PEN E-PL9 lets you start your journey of photographic experimentation gradually via touch screen selection of creative programmes before moving on to more traditional settings. Select AUTO mode to let the camera identify many photographic situations from faces to groups and even movement and choose the best setting for you in the blink of an eye. Feel the need to adjust – fear not, a touch screen control with sliders allows you to adjust brightness, colour and contrast amongst other common settings. Tilt the screen down for a superior quality selfie and you can even touch select e-Portrait to smooth skin tones in camera. All of that comes in a very small and lightweight camera body that gives away both a traditional and modern feel.

Art not just for art’s sake

Olympus pioneered Art Filters way back and touching the screen brings them to life in a new way, making comparing the effects live on screen easier than ever. Besides Bleach Bypass, Instant Film is also new to the list of now 16 Art Filters – a nostalgic nod to the exaggerated colours of the early instant cameras. Use in daylight and the effects are subtle. Use at night on people with flash and a potentially dull shot is transformed: darker areas becomes green and skin is given a warm glow, an image is created that has a modern touch with a nostalgic feel.

Building on this, Olympus has made access to scene modes available through the touch screen too. Simply double tap the image that most closely matches what you see in your mind’s eye and the camera chooses the appropriate settings. The innovative access to simpler creative control is the new Advanced Photo (AP) mode. Olympus pioneered techniques like Live Composite used to be buried deep in the camera menus, often lying undiscovered. Want to take a photo of your friend creating a light painting in front of a lit up building at night? Used to be almost impossible, now tap the icon in AP mode, put the E-PL9 on a solid surface and off you go. Explore the delights of multiple exposure, HDR, sweep panorama, even focus bracketing – a technique that is a boon for close ups.

A new set of easy access video “How To” guides hosted on the free OI.Share app, that handles the wireless transfer of images from camera to phone, provide useful tips for operating the E-PL9. Speaking of image transfer: the E-PL9 combines Bluetooth LE with Wi-Fi to ensure that the camera is always connected with your smartphone even when “asleep”. Want to see and import some images you just shot but the camera is back in your bag? No problem. Open the app and wake up the camera without needing to get it out and switch it on.

What else does the E-PL9 have up its sleeve to help your photographs stand out from the crowd? Another Olympus pioneered innovation is in-body Image Stabilization (IS). Reducing blurry shots in low light, this system is married to the fast TruePic VIII image processor from the acclaimed Olympus camera flagship OM-D E-M1 Mark II which allows the camera to choose higher shutter speeds* further improving the chances of sharp results in challenging conditions.

A system camera lives and dies by the lenses available to suit an ever expanding range of subjects. Many current Olympus PEN users head straight for the M.Zuiko Digital 45mm F1.8 portrait lens. Why? If you come from taking portraits on phones or compact camera, the lenses are often a wider angle to be more flexible. Sadly for the human face, wide angles tend to distort features. A classic portrait lens like the 45mm F1.8, slightly flattens the perspective which is more flattering. The wider aperture also delivers a natural looking blurred background (bokeh). While phones increasingly mimic this effect, the right lens sets an image apart. One area where a system camera really excels is getting in close: macro photography. Try our “all-day” go-to macro lens M.Zuiko Digital ED 30mm F3.5 Macro with the E-PL9. For capturing details in jewellery, food, material or flowers it opens a whole new world.

On top of the currently more than 20 Olympus M.Zuiko lenses it is possible to use hundreds of legacy lenses via various adapters.