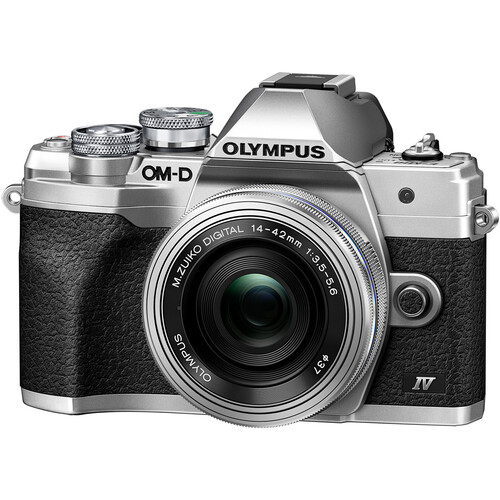 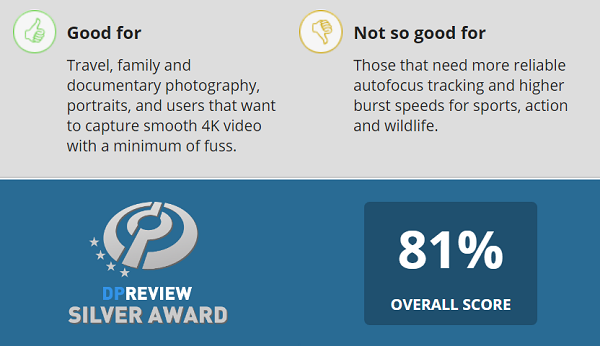 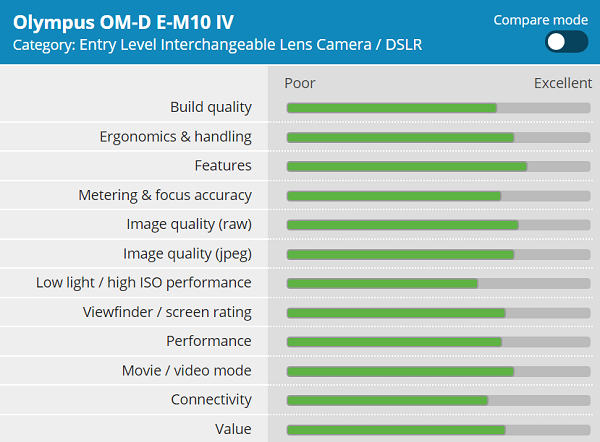 The Olympus OM-D E-M10 Mark IV is a handsome entry-level camera with some helpful aids for new users, but with enough controls to provide room to grow. While its autofocus and burst speeds lag the competition, its stand-out feature is an effective in-body stabilizer, especially handy for low-light stills and handheld video shooting. In all, the E-M10 IV is a fine photographic companion for a variety of users.

Travel, family and documentary photography, portraits, and users that want to capture smooth 4K video with a minimum of fuss.

Not so good for

Those that need more reliable autofocus tracking and higher burst speeds for sports, action and wildlife.