Here is the full specs comparison of Nikon D5500, Nikon D5300, Nikon D7100. You can take a look at the key differences between the three cameras. I have to say all of the three cameras are great DSLR cameras, you can choose the one you like. See Best Entry-Level DSLR Cameras.

The new upper-entry-level DSLR Nikon D5500 announced at CES 2015, to replace the Nikon D5300 DSLR. Nikon D5500 provides a 24.2MP DX-format sensor with no optical low pass filter. It features a touch screen, which is a fully articulated 3.2-inch 1.37M-dot affair, as in the D5300. A flat picture profile is added, and the 1080/60p video specification is identical to its predecessor. 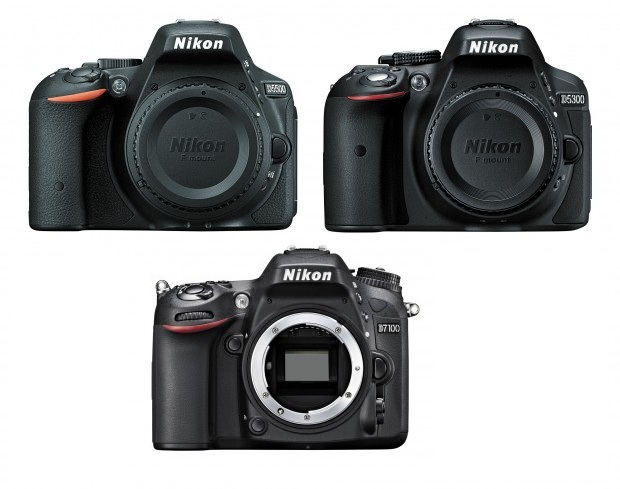