Tony Northrup did the 4K video comparison test (up to ISO 3,276,800) for Nikon D5 and Sony a7RII. Watch the video above to find out the test results.

See the test screenshots below: 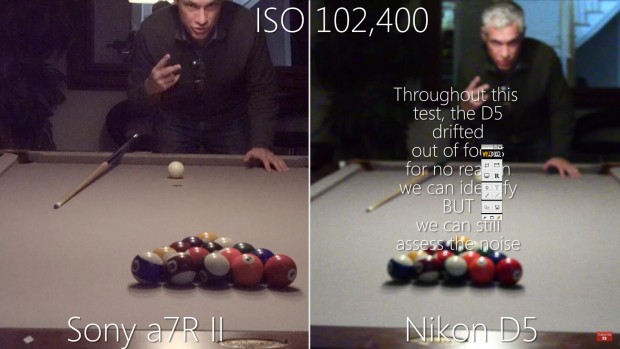 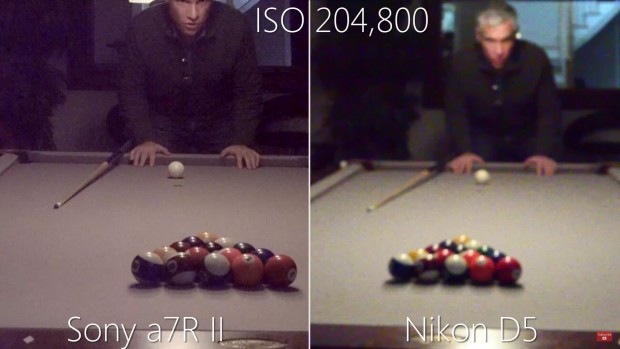 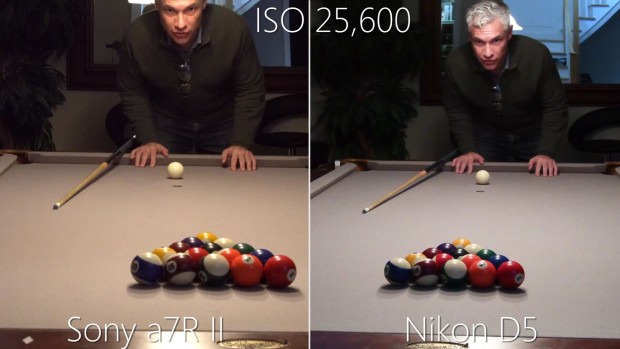 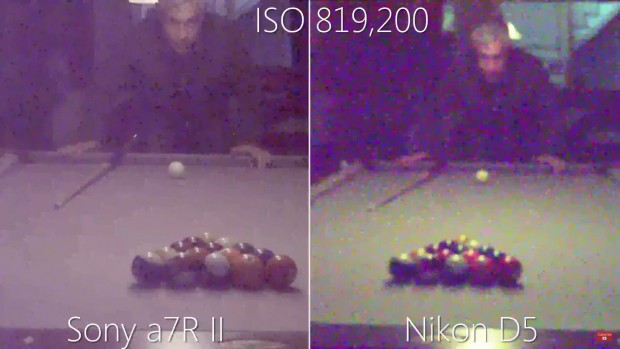 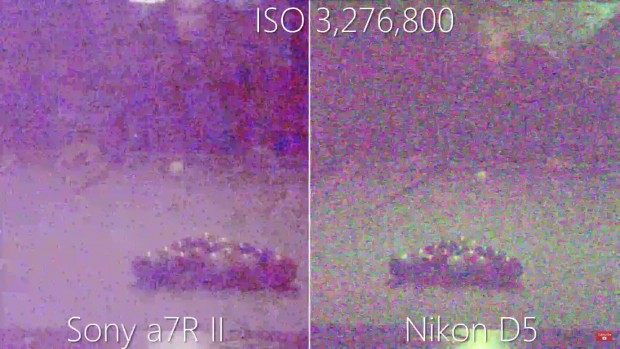 Nikon D5 ($6,496 at Amazon, B&H, Adorama): Revolving around a full-frame, FX-format 20.8MP CMOS sensor and EXPEED 5 image processor, this workhorse touts an impressive 12 fps continuous shooting rate with full-time AF and AE, an expandable sensitivity range that goes up to ISO 3280000, and 4K UHD video recording at 30 fps. The Nikon D5 once again redefines what a DSLR is capable of capturing, and is engineered with the ideal balance of resolution, low-light ability, system speed and processing power.

Sony a7RII ($3,198 at Amazon, B&H, Adorama): The hot Sony A7RII mirrorless camera features the world’s first full-frame 42.4-megapixel Exmor R back-illuminated structure CMOS sensor. This sensor design both improves low-light operation and speeds up data throughout, enabling fast high-resolution stills and UHD 4K video recording. The new Sony a7RII is a true Game-changer, and DPReview said “Sony’s Alpha 7R II breaks a lot of new ground in terms of photographic technology “. And lots of news said the new Sony a7RII is amazing and it is the killer of Canon EOS 5DS R and it can even beat the Nikon D810. The Sony a7RII wins the 2015 popular photography camera of the Year at the PMDA awards ceremony held at CES 2016 in Las Vegas.