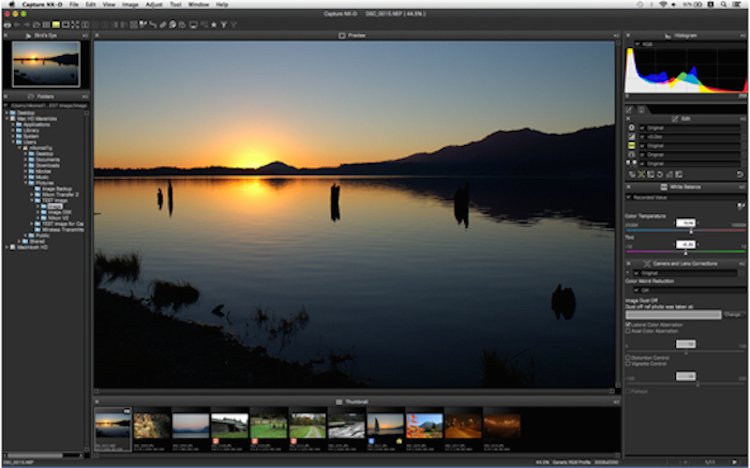 Capture NX-D is a free software application that will replace the current Capture NX 2 application. RAW images (with the NEF or NRW file extension) captured with Nikon digital SLR cameras, Nikon 1 advanced cameras with interchangeable lenses, and Nikon COOLPIX compact digital cameras can be loaded into the application for high-quality photofinishing through the processing and adjustment of images. In addition to RAW images, the application can also be used to adjust JPEG and TIFF files. “D” comes from the word, “Development” for software that offers adjustment functions specializing in RAW development.