Sony Artisan Brian Smith announced his latest updated guide book for all five Sony a7 series cameras: Sony a7, a7R, a7S, a7II and a7RII. You can now pre-order it at Amazon US.

It’s your updated guide to the getting the most out of the features and menu settings of all five Sony a7 series cameras: Sony a7, a7R, a7S, a7II and a7RII. With an additional 24 pages + three additional bonus download chapters, this updated guide to Sony a7 Series cameras adds two all-new chapters that explain the menu settings (including the new settings added for Sony a7RII) and how to customize the cameras for how you like to shoot.

And Brian Smith reports that“B&H says that all current Sony a7RII orders should be filled within a week and wait time on new orders is down to around 7 days”. The new Sony a7RII will ship within 2 to 5 weeks, according to Amazon US. 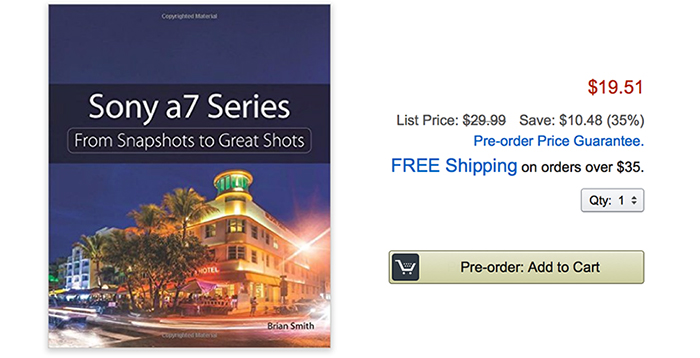