Pentax K-mount lens roadmap for 2014 – 2015 has been updated by Ricoh, according to a Polish site (Optyczne). The site uploaded a image of new Pentax K-mount Lens line up. You can see the image below.

The new Pentax K-mount lens roadmap added three new lenses to the K-mount Lens line up which already have been displayed as prototype lenses at Photokina 2014: 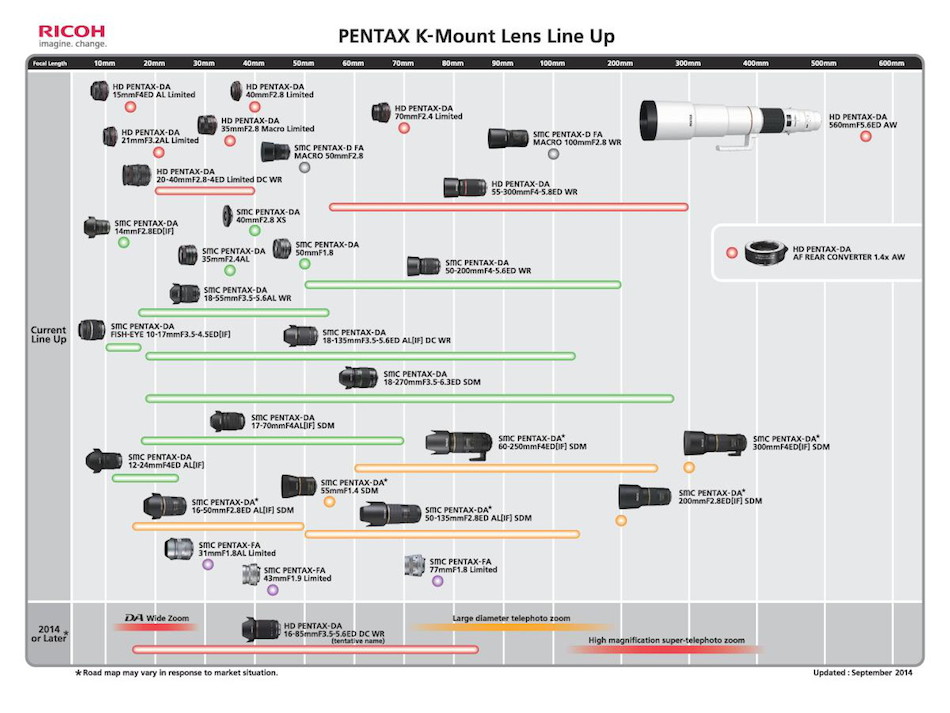 In addition, we just confirmed that Pentax Full-Frame DSLR is officially underway. All the three new K-mount lenses indicate the statement is true. That’s really an exciting news for ever-patient Pentax users.