A new Nikon 20mm f/1.8G Lens with Nano Coating is rumored to be announced with Nikon D750.This rumor is based on a tweet from a Japanese camera store worker. 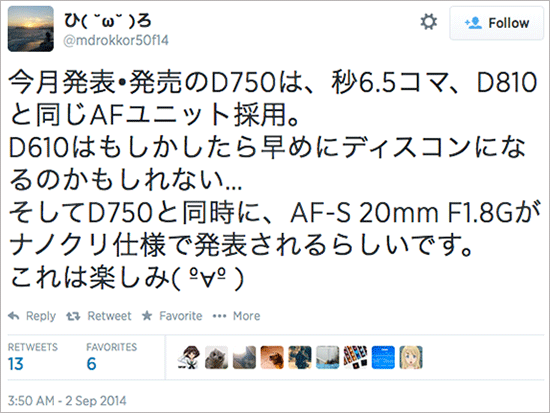 Below is the translation:

D750 to be announced this month, specs: 6.5fps, AF unit same as the D810
D610 might be discontinued soon
At the same time a new lens will be announced: AF-S 20mm f/1.8G with Nano crystal coating
This is fun

The previous rumors said Nikon could release a new wide angle and a tele lens. So the Nikon 20mm f/1.8G lens could be one of them and I believe this infomation is true.