It is confirmed that a new firmware update for the Fujifilm X-E2 (Amazon | B&H | Adorama) camera will be released at the end of this year.

This time it is not just a rumor, Fujifilm itself confirmed it on Twitter here.

However, thet didn’t tell us the specific features of the new firmware. Once the details have been finalised, Fujifilm will make a clear announcement. 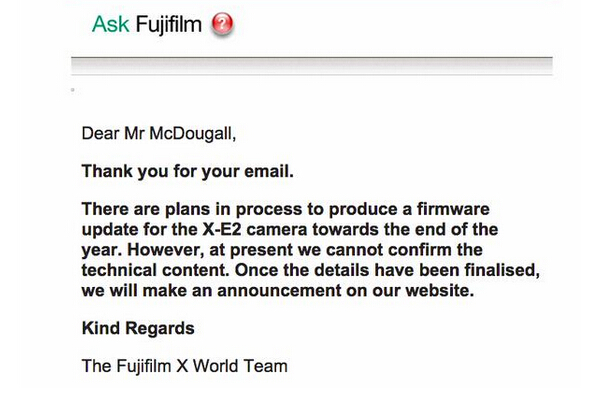