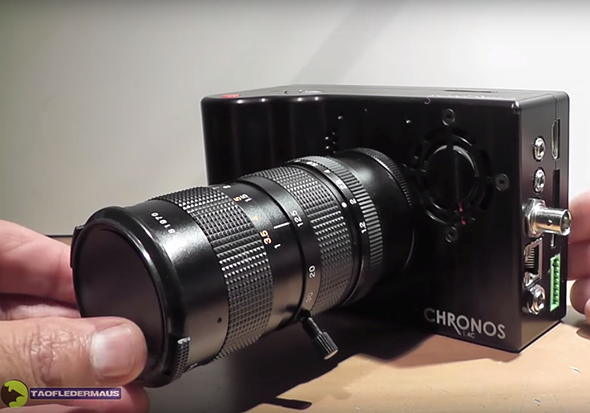 Taofledermaus YouTube channel said: “This is the camera that may very well put a lot of high speed camera companies out of business. At only $2500, this camera offers amazing speed and resolution and in many ways, equals or betters cameras costing $30,000 and is cheaper to BUY than it costs to RENT a high speed camera for just one DAY.”

The engineer David Kronstein made this Chronos 1.4 high speed camera and lists the pre-production camera features.