In 2015, Sony released two full frame mirrorless monsters: Sony a7RII and Sony a7SII. Both are amazing cameras, but if we put them together: Sony a7RII vs a7SII, what’s the result? That would be interesting!

Sony A7RII ($3,198 at Amazon, B&H, Adorama): The hot Sony A7RII mirrorless camera features the world’s first full-frame 42.4-megapixel Exmor R back-illuminated structure CMOS sensor. This sensor design both improves low-light operation and speeds up data throughout, enabling fast high-resolution stills and UHD 4K video recording. The new Sony a7RII is a true Game-changer, and DPReview said “Sony’s Alpha 7R II breaks a lot of new ground in terms of photographic technology “. And lots of news said the new Sony a7RII is amazing and it is the killer of Canon EOS 5DS R and it can even beat the Nikon D810. 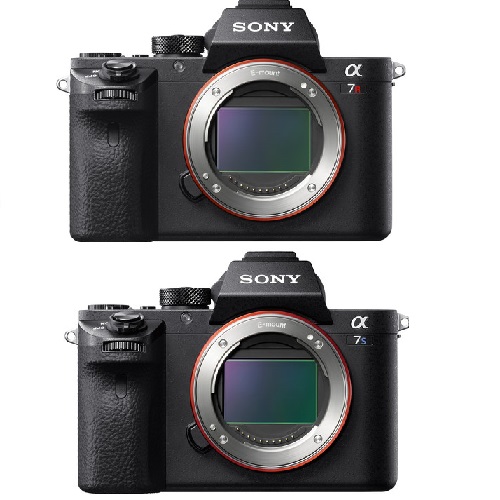 If low-light situations are what you find yourself encountering on a daily basis, then the A7s II can become a better option if you know you will frequently use it between 6400 and 51200 ISO. If you work with Sony cameras already, it can also become an excellent second body for stills in poor light.

My opinion of these two cameras isn’t the same for video. While the A7r II has excellent 4K capabilities, the A7s II was born to shoot movies above all else and the footage I recorded with it is among the most beautiful I’ve seen from a mirrorless camera. More than for photographers, this camera is a great tool for filmmakers. However if your video needs are not that desperate, the quality of the A7r II is more than enough.