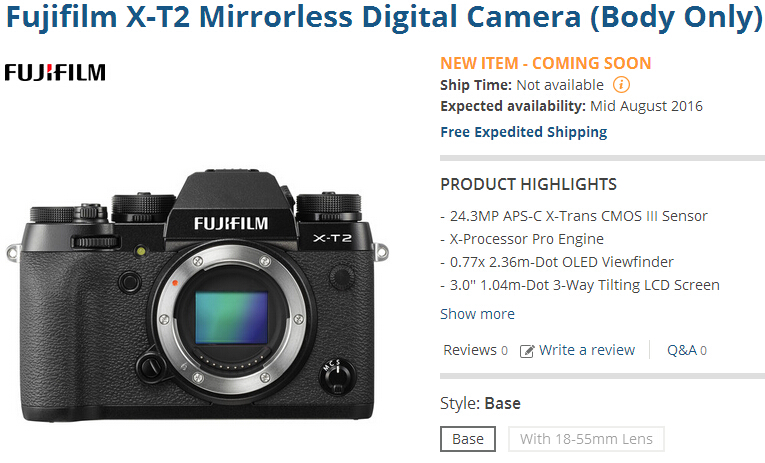 Fujifilm already announced the new Fujifilm X-T2 mirrorless camera. The US price of Fujifilm X-T2 camera body is $1,599, with 18-55mm lens for $1,899. Now it is available for pre-order at most US stores.

Equipped with a 24.3MP APS-C X-Trans CMOS III image sensor and the X-Processor Pro Engine, users will be able to capture finely detailed imagery quickly and with low noise at sensitivities up to ISO 51200. For the first time in X Series history, the X-T2 supports 4K video. Shipping is scheduled to start in Mid August 2016. If you are interested, order immediately so as to obtain this amazing mirrorless camera as soon as possible.

Many X-shooters are now struggling with this question: Is Fujifilm X-T2 worth the upgrade from the Fuji X-T1? Ted Vieira will give you the answer: