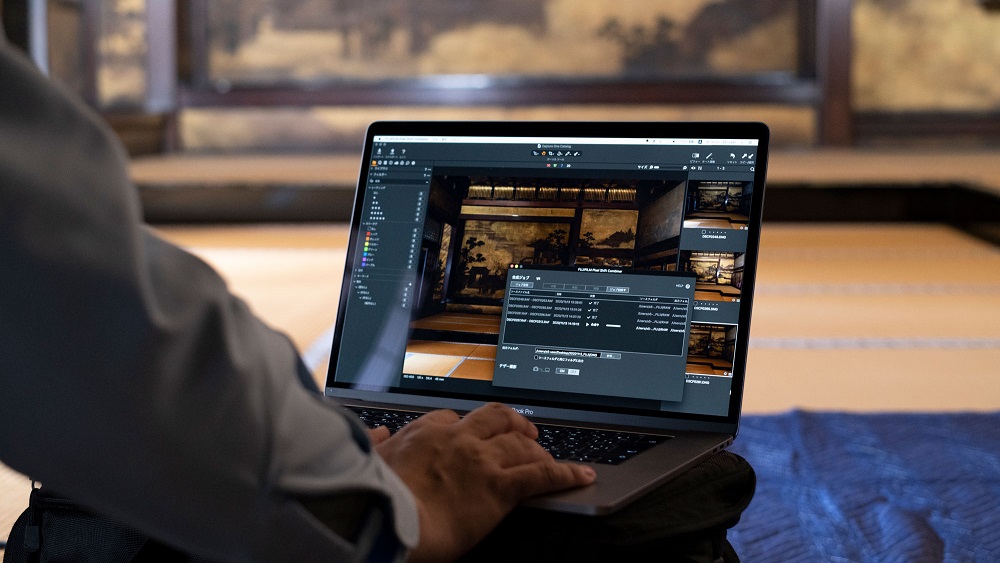 Generally, an image sensor records only one of three colors, red (R), green (G) or blue (B) within a pixel. The information about the other two colors is estimated and complemented based on data from surrounding pixels. The Pixel Shift Multi-Shot function automatically takes images while shifting the camera’s image sensor to record information about all three colors for each of its pixels, thereby allowing color reproduction that completely eliminates false colors (=Accurate Colors).
The latest software version 1.2.0 adds a new “Accurate Colors” option to produce 100MP image with no false colors, in addition to the existing function of generating ultra-high 400MP resolution images in Accurate Colors.

Another addition is the function to automatically detect an error when images cannot be correctly combined due to camera shake, etc. that occurred during photo shooting. The ability to detect flawed images before the completion of image generation is expected to speed up photographers’ workflow.

【Image-generating processes】
1)  In order to record accurate RGB information with all pixels, the function shifts its image sensor by the size of one pixel and shoots four frames.

2) The function repeats the process 1) four times while shifting the image sensor by the size of half a pixel to achieve four times the original resolution.

Users can double-click on a job that has been processed in the Job List to see an enlarged view of the generated image, making it easy to visually check whether each of the jobs is a success or not.