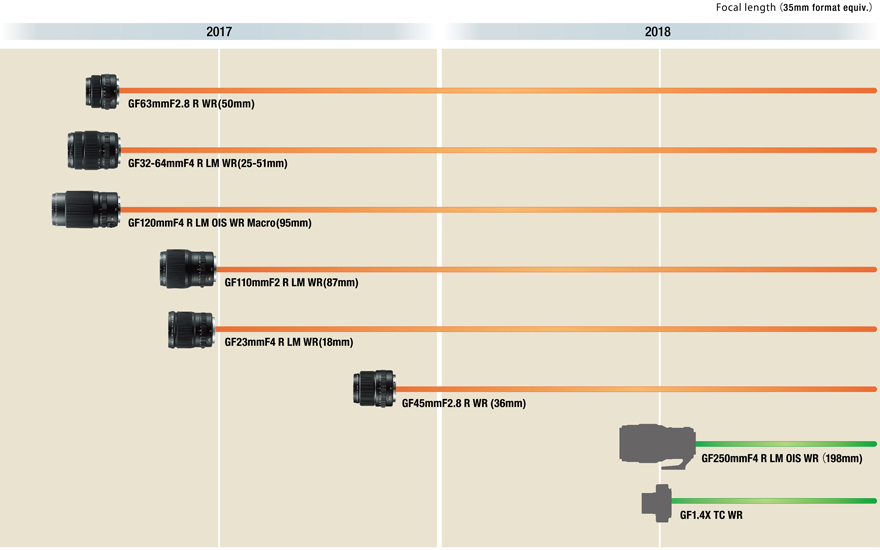 The latest rumors suggest the upcoming Fujifilm GF 250mm f/4 R LM OIS WR lens will be officially announced on April 12. In addition, according to the official Fujifilm G mount lens roadmap, the GF 1.4x Teleconverter will come along with the GF 250mm f/4 lens.

And, Fujifilm will announce a new Fujifilm GFX 50R (a cheaper version of the GFX 50S) camera for Photokina 2018 in September.