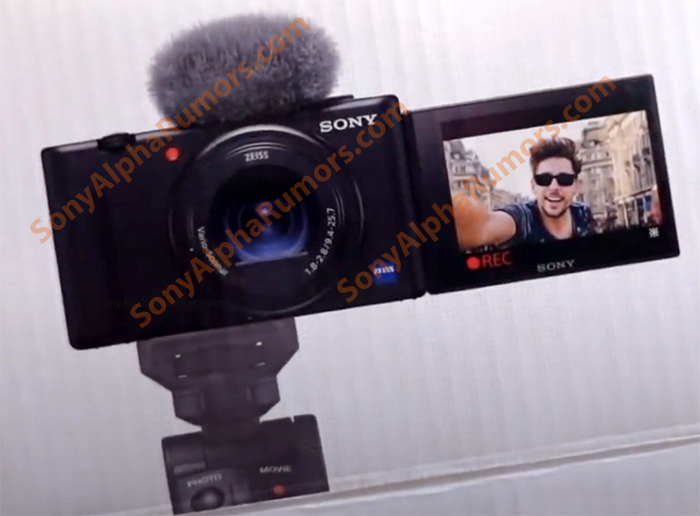 In addition the first leaked blurry image, here are the detailed image of the upcoming Sony ZV1 compact camera, which is specially made for vloggers and will be officially announced on May 26, 2020. This Sony ZV1 will have a bigger grip, a fully articulating screen and top notch autofocus feature.

In addition, Sony will have a major product announcement in June 2020 and Sony is going to announce a new full frame E-mount mirrorless camera (probably Sony a7S III) and several new E-mount lenses on that event in June. Stay tuned with us for more Sony Camera Rumors.