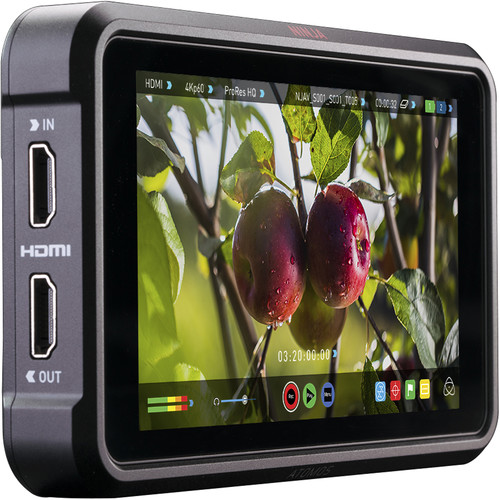 If you are looking for the best recording monitor black friday deals, then here are two great deals for you:

The Atomos Ninja V 5″ 4K HDMI Recording Monitor is a 5″ on-camera monitor/recorder that records and plays back DCI 4K, UHD 4K, and HD video from purpose-built mini-SSDs. This monitor can record Apple ProRes Raw up to DCI 4K24 or UHD 4K30 directly from the sensor of select cameras, with compatibility for additional cameras to be added in a future update.

If you want a bigger screen still, the Atomos Shogun 7 will be a great choice for you! This Atomos Shogun 7 HDR Pro/Cinema Monitor-Recorder-Switcher offers up to DCI 4K raw recording, HDMI and 12/6/3G-SDI inputs/outputs. With the AtomOS 10.4 firmware update, the Shogun 7 provides ISO recording of up to four HD-SDI camera streams plus program capture. Output your content for director or client viewing in Dolby Vision HDR using the Shogun 7, AtomOS10 platform, and a compatible display.