For photographers who demand nothing but the highest resolution, you will love the newer 5DS and 5DS R. Landscape, bridal and studio photography are just some applications which I can see where the new models will shine with their 50-megapixel sensor. Based on the already competent 5D Mk III body, what you have is an amazing megapixel machine designed to delight every pixel peeper out there. The new 5DS and 5DS R shine brilliantly in a slow and deliberate photography workflow for which lighting level is not a concern.

The sheer level of detail that can obtained from the 5Ds and a high-quality lens like the EF 70-200mm f/2.8L IS II USM is difficult to ignore once you’ve experienced it, though, so if you can commit both financially and in terms of time to the Canon EOS 5Ds, we’d whole-heartedly recommend it.

Image quality is superb, and the ‘fine detail’ picture style is capable of packing practically all the captured detail into the camera’s JPEGs. I’d still expect most users to shoot raw, but it’s great that JPEGs are much more usable than on recent Canon DSLRs. The only caveat is that low ISO dynamic range still doesn’t quite match its peers, so you can’t dig as much detail out of deep shadows as you can from cameras such as the Nikon D810.

So is the EOS 5DS R the best DSLR on the market right now? It’s certainly got to be close. But despite this, I can’t help but feel that for a great many photographers, the EOS 5D Mark III is still a more practical all-rounder, with its much easier-to-handle file sizes and significantly higher ISO range. But landscape and studio photographers in particular will surely love the addictive level of detail that the 5DS R can deliver.

Just as it was the Nikon high resolution cameras were released, it will take months of testing and photographer experience to determine which lenses do exactly what with the new cameras. But it’s not a critical thing to know at first. Every lens will have better resolution when shot on the new cameras, at least in the center of the image. How much of a difference will range from noticeably better, to “wow” depending upon the lens, type of photography, and subject matter.
There are many other things that are going to be as, or more, important to the photographer than absolute resolution. But absolute resolution is always a good thing. And these cameras certainly deliver phenomenal resolution.

Given what I’ve seen of the EOS 5DS R, it looks like a solid (if expensive) performance and image-quality upgrade from the Mark III, but only a really compelling option for existing Canon photographers or people for whom 36MP isn’t sufficient. I also makes me even more curious as to what the 5DS’s photos look like; that model probably has better photo quality than the Mark III, but at $3,700 ( £3,000, AU$5,000) it seems overpriced. 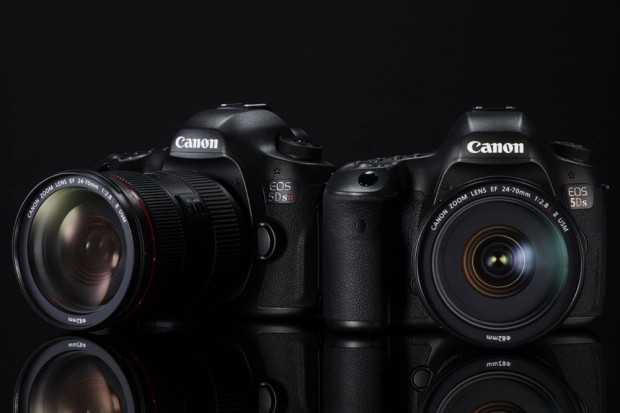